Princeton Summer Theater will plunge into its 2009 season with a production of "Urinetown" June 18-July 5 in the Hamilton Murray Theater. The Tony Award-winning satirical comedy focuses on the people of a town where water is scarce and times are tough. Above, Penelope Pennywise (Abigail Sparrow, a student at New York University's Stella Adler Studio), the proprietor of Public Amenity Number 9, a public urinal, emotionally defends the reasoning behind Urine Good Company's oppressive public amenity fee hikes to the poor in the song "It's a Privilege to Pee."

Princeton Summer Theater will open its 2009 season on Thursday, June 18, with a production of "Urinetown," the Tony Award-winning satirical comedy about greed, corruption, love and revolution. 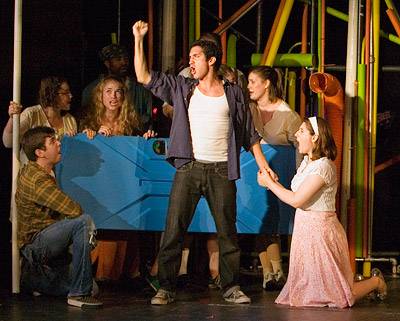 Based on the book by Greg Kotis with music by Mark Hollmann and lyrics by both, the story revolves around a terrible water shortage, caused by a 20-year draught, which has led to a government-enforced ban on private toilets. The citizens must use public amenities, regulated by a single malevolent company that profits by charging admission for one of humanity's most basic needs. A hero decides he's had enough, and plans a revolution to lead the citizens to freedom. 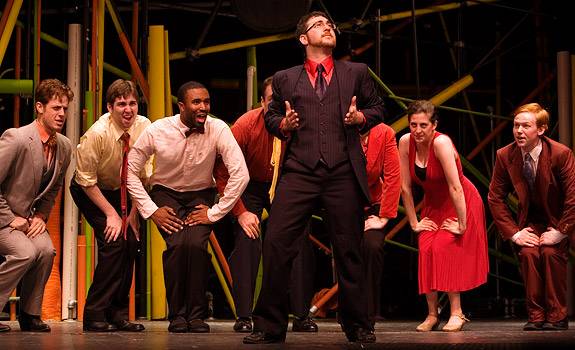 Mr. Cladwell (2009 Princeton graduate Jon Feyer), the CEO of Urine Good Company, basks in the glory of his subservient employees in the song "Mr. Cladwell." 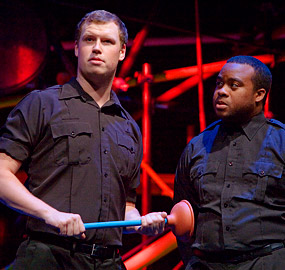 The Princeton production will be directed by Sara-Ashley Bischoff, with music direction by Brian Gurewitz. Both are members of the class of 2009.

Other mainstage season shows this year will be: 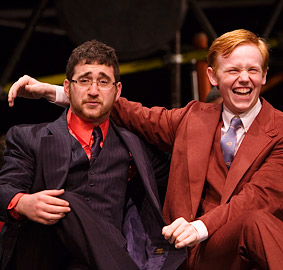 Princeton Summer Theater also will once again offer a series of family programming, including two children's shows and a series of six weekly children's workshops.

The two children's shows are:

All children's shows are $6, and admission is free for children 3 years of age and younger.

In the six children's workshops, which run weekly beginning Friday, July 3, children ages 7 through 12 will work closely with Princeton Summer Theater company members to explore various aspects of theater. Workshops run weekly from 1 to 4 p.m. Fridays, and cost $30 per workshop or $135 for the six-workshop series.

Season subscriptions are available for purchase until June 25, and can be obtained online or by calling the box office at (609) 258-7062.

Single show tickets also are by calling the box office between 10 a.m. and 6 p.m. Tuesdays through Fridays and between 10 a.m. and 1 p.m. Saturdays and Sundays, or at the door 45 minutes before the performance. Princeton Summer Theater has been completely student-run since 1968 and strives to share world-class theater at affordable prices with the community.