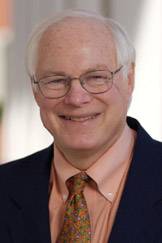 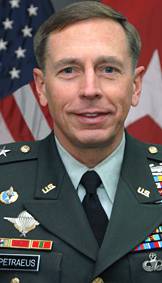 Princeton University will present its top honors for alumni to Jim Leach, a longtime U.S. congressman and current chair of the National Endowment for the Humanities (NEH), and U.S. Army Gen. David Petraeus, who oversees the wars in Iraq and Afghanistan as commander of the U.S. Central Command.

Leach, a member of Princeton's class of 1964, has been chosen for the Woodrow Wilson Award. Petraeus, who earned his master's in public affairs and a Ph.D. from the Woodrow Wilson School of Public and International Affairs in 1985 and 1987, respectively, will receive the James Madison Medal.

They will be presented with their awards and deliver addresses on campus during Alumni Day activities on Saturday, Feb. 20.

Leach, a career public servant, is a former 15-term Republican congressman representing Iowa who was known for his efforts to reach across partisan lines in policymaking.

He began a four-year term as NEH chair in August, two months after his nomination by President Barack Obama. The NEH is an independent grant-making agency of the U.S. government dedicated to supporting research, education, preservation and public programs in the humanities.

Leach served as a faculty member in the Wilson School for two years prior to his nomination to head the NEH. He was a member of the University's Board of Trustees from 2002 to 2006.

"Jim Leach's outstanding record of public service -- in the State Department, Congress and the NEH -- makes him a natural choice for the 2010 Woodrow Wilson Award," said Christina Paxson, dean of the Wilson School. "In addition, Jim has always found the time to support Princeton University. As the John L. Weinberg/Goldman Sachs & Co. Visiting Professor, Jim proved himself to be a dedicated teacher and a fine role model for our students. We at the Woodrow Wilson School are very proud of all of his accomplishments."

Leach served from 1977 to 2007 in the U.S. Congress, where his accomplishments and initiatives included chairing the House Banking Committee and the Subcommittee on East Asian and Pacific Affairs and co-founding the Congressional Humanities Caucus. In 2005, the National Humanities Alliance, a nonprofit organization, honored him with its Sidney R. Yates Award for Distinguished Public Service to the Humanities.

Leach endorsed then-Sen. Obama during the 2008 presidential campaign and was a keynote speaker at the Democratic National Convention in Denver. He then represented President-elect Obama in November 2008 at the G-20 summit of the world's largest economies.

Leach began his public service career in 1965 as a staffer to then-Congressman Donald Rumsfeld, a member of Princeton's class of 1954. Leach joined the U.S. State Department as a Foreign Service officer in 1968, and resigned in protest in 1973 when President Richard Nixon fired the first Watergate special prosecutor Archibald Cox.

Leach earned his A.B. in politics with honors from Princeton in 1964, and in 1966 received a master's degree from Johns Hopkins University, where he studied Soviet politics. From 1966 to 1968 he was a research student at the London School of Economics. Leach has received seven honorary degrees, has been decorated by two governments, and is the recipient of the Wayne Morse Integrity in Politics Award, named for the late U.S. senator from Oregon.

Petraeus has gained renown both as a military leader and public intellectual. After 19 months as the top U.S. commander in Iraq, he assumed leadership of the U.S. Central Command -- which oversees American forces in East Africa, the Middle East and Central Asia -- in October 2008.

Petraeus was selected last spring as the speaker at Princeton's Baccalaureate ceremony, where he urged graduating seniors to pursue public service, saying "Princeton has uniquely prepared you for such service." He was selected by President Shirley M. Tilghman after consultation with senior class leaders who recommended Petraeus because he represents the University's informal motto of "Princeton in the nation's service and in the service of all nations."

"The Woodrow Wilson School is very proud that Gen. David Petraeus was selected as the 2010 recipient of the James Madison Medal," Paxson said. "Gen. Petraeus is an alumnus who has served his country with distinction for more than 30 years and has exemplified the core values and informal motto of Princeton University. He is a superb example of a scholar-soldier and recognized around the world as a man of intelligence and integrity."