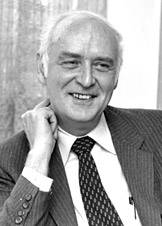 Stanley Kelley Jr., a Princeton political scientist who left an indelible mark on the University after chairing a key committee on governance in the late 1960s, died Sunday, Jan. 17, in Princeton from complications of Alzheimer's disease. He was 83.

Kelley, a professor emeritus of politics, led the Committee on the Structure of the University from 1968 to 1970. The student-faculty group, which became known as the "Kelley Committee," was appointed by President Robert F. Goheen after demonstrators at a rally in front of Nassau Hall called for a body to "determine a way of restructuring the decision-making apparatus of the University."

Kelley also was known as an accomplished scholar and teacher on topics such as the American party system, elections, and voting and mass communications.

"Stan Kelley was an extraordinary person who touched the lives of countless students and faculty colleagues," said William G. Bowen, who joined the faculty in 1958, served as provost from 1967 to 1972 and served as president from 1972 to 1988. "He is, of course, best known for his pioneering study of university governance at the time of Vietnam (the work of the 'Kelley Committee'); the final report of that committee had profound effects on Princeton and remains the best commentary I have ever seen on how universities should be run.

"He was also a superb teacher, and his friendships with undergraduates were very special," he continued. "But it wasn't just students who learned from him. I don't think I would have served as president of Princeton for 16 years had it not been for his tutelage and unfailing support and encouragement. In a time when so many faculty are caught up in their own work and in their own disciplines, he was the consummate university citizen. He was one of a kind."

Paul Benacerraf, the James S. McDonnell Distinguished University Professor Emeritus of Philosophy, who served as associate provost from 1968 to 1970, added, "The governing structure of Princeton -- the CPUC and its committees, the Priorities Committee, and countless other things -- is an important part of his legacy. He was at once a kind, able and supremely modest man, with deep insights into how to mold this institution, and, importantly, how to get his proposals accepted. We owe him a huge debt."

Changes made because of the Kelley Committee include the installation of students on faculty committees; the creation of the broadly representative decision-making body, the Council of the Princeton University Community (CPUC); and the annual election of a graduating senior to the Board of Trustees as a "young alumni trustee."

"Throughout its work, Stanley was a calm and conciliatory chairman, resolving the often serious disagreements among the members with quiet good humor," said Harold Kuhn, a professor emeritus of mathematical economics who served on the committee.

Joseph Dehner, a member of the class of 1970 who also served on the committee, said, "Stan was a warm-hearted listener, who gently suggested paths forward rather than announcing what should be done. Collaboration meant everyone's having not just a say, but a point shared and understood. From that starting point, a sensible, long-term edifice could be built for university governance, more important than the brick and mortar of the place."

Kelley, who had joined the faculty in 1957, was happy to return to teaching and research after that task. Gerald Pomper, who was Kelley's first doctoral student, said he was the "consummate teacher."

"He had a witty and knowing love of language, always seeking the perfect phrasing of his own excellent scholarship, always prodding his students toward exact and clear expression," said Pomper, the Board of Governors Professor Emeritus of Political Science at Rutgers University. "Sadly, we will no longer hear his gentle voice. But his standards and his lessons will long endure."

Don Collat, a member of the class of 1975 who taught at Harvard Business School and now leads client sessions for a professional services firm, said, "One measure of a life is the impact it has had on the lives of others. I can speak only for myself and say that Professor Kelley’s impact was great. By his example, he made me want to teach and then in turn encouraged me to learn how to teach. To this day, teaching remains my greatest love."

Kelley's scholarship, according to Fred Greenstein, his longtime colleague in the Department of Politics, "was marked by quality rather than quantity." He commented on Kelley's three books.

"His 'Professional Public Relations and Political Power' (1956) was the pioneering study of the role of professional consultants in politics," said Greenstein, a professor emeritus of politics. "His 'Political Campaigning: Problems of Creating an Informed Electorate' (1960) is a highly original analysis of what would be involved in equalizing the information citizens brought to their political participation. His laconically titled 'Interpreting Elections' (1983) uses polling data to reveal the diversity of motivations that account for electoral majorities. Stan also had an intellectual impact through a series of gem-like articles, a number of which have spawned entire bodies of literature."

Bowen commented that an article he and Kelley wrote on voter registration is still cited. "Working on that early study with Stan gave me a lasting sense of his intelligence, the care he took with his research (his insistence on always 'getting it right'), and his decency and wonderful sense of humor," he said.

Kelley won a President's Distinguished Teaching Award in 1995, the same year he transferred to emeritus status. The teaching award in the Department of Politics is named for him. In 2001, an anonymous donor established the Stanley Kelley Jr. Visiting Professorship for Distinguished Teaching at the University.

He went on to study and serve as an instructor at Johns Hopkins University, spending a year as a Fulbright Scholar at the University of Rome. He earned his Ph.D. from Johns Hopkins in 1955, and worked for two years at the Brookings Institution before coming to Princeton.

Kelley is survived by his brother, Glenn, of Hannibal, Mo., and five nephews and one niece. He was predeceased by his sister, Shirley Wood.

A memorial service is planned for 5 p.m. Friday, Feb. 26, in the University Chapel. A reception will follow in the Chancellor Green Rotunda.