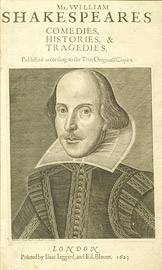 This portrait of playwright William Shakespeare, attributed to Martin Droeshout the Younger, is among the 100 portraits of poets, novelists and essayists pulled from the holdings of the Department of Rare Books and Special Collections and placed on display as part of an exhibition in Firestone Library's main gallery. There is a dispute about who created this portrait for the famous "first folio" of Shakespeare's plays. Droeshout the Younger was only 22 when this engraving was published. His uncle, also named Martin Droeshout, was an established engraver and perhaps a more probable choice. However, experts most often choose Droeshout the Younger "because the stiff pose and oddly proportioned body are thought to be the work of a very young artist," according to the annotated checklist published with the exhibition. 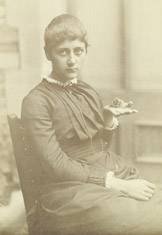 This photograph of author Beatrix Potter at age 19 was taken by her father, Rupert Potter. He was trained as a barrister but never practiced law, instead choosing to pursue the "new" art of photography.

A new exhibition has filled Firestone Library's main gallery with 100 portraits of poets, novelists and essayists, pulled from the holdings of the Department of Rare Books and Special Collections.

Titled "The Author's Portrait: 'O, Could He But Have Drawne His Wit,'" the exhibition showcases paintings, drawings, prints, photographs, marble sculptures and plaster death masks dating from 1489 to 1989. Among the writers featured are William Shakespeare (about whom the quote in the exhibition's title was written by contemporary Ben Jonson), Virgil, Mark Twain, George Sand and Sojourner Truth. Artists whose work is on view include William Blake, Constantin Brancusi, Jean-Antoine Houdon, Willem de Passe and Auguste Rodin. 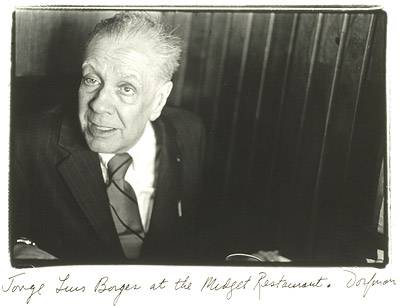 Argentine writer Jorge Luis Borges was captured here by photographer Elsa Dorfman in the early 1970s "at the Midget Restaurant," according to the caption written below the image. The restaurant is located in Cambridge, Mass., where Dorfman has her studio.

Many of the portraits stem from friendships that were formed or flourished over long afternoons of conversation between artist and sitter, such as Édouard Manet and Charles Baudelaire, William Hogarth and Henry Fielding, Lucas Cranach the Elder and Martin Luther, and Ilia Efimovich Repin and Leo Tolstoy. Animosities also developed, such as that between the artist William Marshall and the poet John Milton, who famously told his readers (writing in Greek so the artist could not understand) to "laugh at the botching artist's mis-attempt." Charles Dickens had Daniel Maclise throw out all his early sketches and begin again from scratch. Goethe finally refused to pose ever again, complaining that artists had "tortured and plagued him" long enough.

An annotated checklist of the exhibition, illustrated with 50 of the portraits, has been published with an introductory essay by Thomas Hare, Princeton's William Sauter LaPorte '28 Professor in Regional Studies and professor of comparative literature. The full-color publication is available for sale in the Department of Rare Books and Special Collections.

"To some great critics of painting, the portrait doesn't only tell us something important about the sitter or subject of the portrait, but actually makes him (it is far more often 'him' than 'her') present to us, erasing the constraints of time and place to integrate into our present experience someone who is gone," Hare wrote. "They might even go so far as to say that in exemplary cases the portrait goes beyond presence itself to reveal a core of character that the sitter may well have preferred to conceal.

"Another reading of the portrait, however, sees it as a conspiracy between sitter and artist aimed at seducing the viewer into believing a strategic fiction. In this reading, the portrait is a public-relations tool intended to give viewers a particular impression of a sitter for reasons known to the sitter and the artist, but likely concealed from us viewers. ... It is our good fortune to find, in this exhibition, evidence upon which to make our own judgments about the relative virtues of portraiture and poetry." 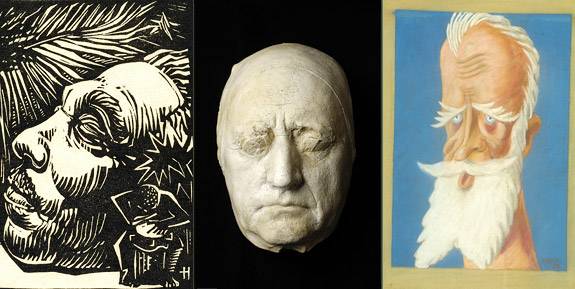