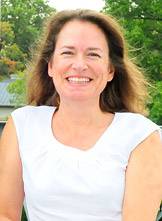 Emily Carter, a Princeton professor of engineering and applied mathematics, and eminent physical chemist, has been appointed the founding director of the University's Andlinger Center for Energy and the Environment.

"Emily Carter is just the right leader for the Andlinger Center as it steps up its activities and tackles some of the most urgent and complex problems of our time," said President Shirley M. Tilghman. "She is a highly accomplished scientist who cares passionately about not only addressing the interlocking energy and environmental challenges that face us, but also training and inspiring the next generation of leaders in this field."

The Andlinger Center was created in 2008 with the support of a $100 million gift from international business leader Gerhard Andlinger, a member of Princeton's class of 1952, and is currently based in the University's Engineering Quadrangle. Princeton announced architectural plans earlier this year for a major set of new buildings to house the center, whose mission is to build on Princeton's strengths in environmental science, materials science and policy to develop sustainable sources of energy that satisfy the world’s energy demand in a way that preserves natural resources and the health of the environment for future generations.

Carter, the Arthur W. Marks '19 Professor of Mechanical and Aerospace Engineering and Applied and Computational Mathematics, came to Princeton in 2004 and has been a leader in developing and applying methods based on quantum mechanics to understand and design molecules and materials. In recent years she began focusing on applying her research tools toward improving energy technologies, including the harnessing of solar energy to generate electricity and produce fuels.

Carter, whose appointment was effective Sept. 1, said her vision for the center is for it to become a vibrant intellectual community that engages people from many academic disciplines, as well as experts from industry and government.

"Any scientist or engineer who has the expertise to contribute to this field ought to be working on it," said Carter. "The scale of the problem is immense. If you look at where we get most of our energy, 85 percent of it comes from non-renewable fossil fuels whose combustion products pollute our environment. If we want to reach the point of not using any fossil fuels at all someday, the problem is incredibly daunting.

"It's going to take many different approaches and many people in different disciplines working in parallel and with a lot of cross-fertilization," she said, noting she has cultivated this interdisciplinary approach to problem solving in her own research group, which consists of students from six different departments and programs at Princeton.

"I also want our work at the center to be done in tandem with economists and public policy experts who examine the technologies we're working on and discuss with us how different solutions could fit into the marketplace and what sort of government policies are needed to allow these new technologies to take off and create new industries and jobs."

Carter cited the University's science departments as well as the Princeton Environmental Institute, the Princeton Institute for the Science and Technology of Materials, the Woodrow Wilson School of Public and International Affairs and the School of Architecture as key partners. In addition, the federal labs on campus -- the Princeton Plasma Physics Laboratory and the Geophysical Fluid Dynamics Laboratory -- greatly augment the center's mission, she said.

"With the intellectual firepower we have right now at Princeton and with the Andlinger Center now starting, we have the potential to make real progress on creating a clean energy future," Carter said. "It is just a fantastic opportunity that Gerry Andlinger has provided, and I am honored to be part of it."

Carter's interdisciplinary vision for research and teaching at the Andlinger Center fits with the overall strategy for the School of Engineering and Applied Science, said Dean of Engineering H. Vincent Poor.

"The challenges of energy and the environment, like most major problems facing society today, require advances in science and technology, as well as in the humanities, social sciences, business and politics," he said. "Emily Carter brings a depth and breadth of vision that will create a vibrant hub for research and teaching and will lead to major breakthroughs in energy and environment research."

Poor added that the search committee, chaired by Vice Dean Pablo Debenedetti, did excellent work in conducting an extensive international search. "I am impressed by their diligence and very excited about the result," Poor said.

Carter earned her Ph.D. in chemistry at the California Institute of Technology and was a faculty member at the University of California-Los Angeles for 16 years before coming to Princeton. She has received many honors for her work, including election to the National Academy of Sciences and to the American Academy of Arts and Sciences. She currently serves on a number of advisory boards, including the National Research Council's Board on Chemical Sciences and Technology, an advisory body to the federal government.

Her work in theoretical chemistry and applied mathematics has bridged fundamental science and practical applications. In a recent breakthrough, for example, Carter and her graduate students made a major step forward in overcoming an 80-year-old quandary in quantum physics, opening the door to performing accurate computer simulations of the behavior of a much wider set of materials and up to 100,000 times faster than previously possible.

Carter is currently a principal investigator on six major federally funded research grants aimed at developing new energy sources and increasing fuel efficiency of vehicles. She is a co-leader with Chung Law, the Robert H. Goddard Professor of Mechanical and Aerospace Engineering, of an Energy Frontier Research Center, which focuses on clean combustion of renewable fuels and is supported by a $20 million grant from the U.S. Department of Energy.

Debenedetti said Carter's success and stature as a scientist will be an important asset for the Andlinger Center. In addition to being a devoted mentor to students, she is skilled in choosing high-impact research projects and leading groups to achieve results, he said.

He added that he also has been impressed with Carter's dedication and enthusiasm in serving on a faculty steering committee that worked closely with the architects in laying the groundwork for the recently announced building plans for the Andlinger Center. Carter also initially served on the search committee for a director, but stepped down a year ago when committee members proposed her as a candidate. In addition to members of the engineering faculty, the committee included representatives from the Woodrow Wilson School and the Princeton Environmental Institute.

"To be successful in research you need talent, dedication, passion and stamina," said Debenedetti. "Emily has all of that in abundance. I look forward to working with her as she leads the Andlinger Center in addressing some of the most important problems facing society."