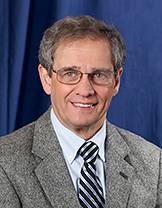 The K-DEMO collaboration will be "a mutual win for everyone," said George "Hutch" Neilson, head of advanced projects at the Princeton Plasma Physics Laboratory. Neilson will oversee the laboratory’s role in the cooperative design effort.

The U.S. Department of Energy's Princeton Plasma Physics Laboratory (PPPL) has joined forces with researchers in South Korea to develop a pre-conceptual design for a pioneering fusion facility in that Asian nation. The proposed device, called K-DEMO, could be completed in the 2030s as the final step before construction of a commercial fusion power plant that would produce clean and abundant energy for generating electricity.

The full K-DEMO project requires approval by the South Korean government. South Korea's National Fusion Research Institute (NFRI) will fund PPPL's initial collaboration, which will run for six months, beginning in January, and could be extended.

The cooperative agreement stands to enhance the development of fusion energy in the United States and South Korea. PPPL will explore cutting-edge designs and technologies that could benefit the U.S. fusion program, and South Korea will gain access to the laboratory's deep experience in designing and engineering fusion facilities. These include the National Spherical Torus Experiment (NSTX), PPPL's leading fusion experiment, which is undergoing a major upgrade.

The K-DEMO collaboration will be "a mutual win for everyone," said George "Hutch" Neilson, head of advanced projects at PPPL, who will oversee the laboratory's role in the cooperative design effort. Working with Neilson and NFRI will be PPPL engineers Tom Brown, Charles Kessel and Peter Titus, together with fellow members of the laboratory's mechanical engineering division. 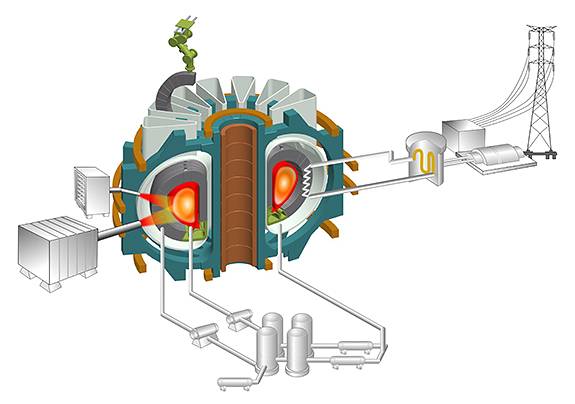 PPPL has a history of cooperating with South Korea on fusion projects. The laboratory helped design that country's major fusion facility, called KSTAR, in the 1990s and participates in experiments on it. KSTAR and NSTX produce strong magnetic fields in circular devices called tokamaks to control the hot, electrically charged plasma gas that fuels fusion reactions.

The new collaborative agreement caps some six months of planning that included a pair of visits to PPPL by leaders of the South Korean fusion program. Plans call for the laboratory to provide engineering analysis of K-DEMO design concepts, including the
size and shape of the K-DEMO tokamak and the strength of the magnetic fields that will create and control the plasma. "We all share the same vision to deliver a possible DEMO design," said Gyung-Su Lee, a research fellow at NFRI. "We will share our expertise so that the outcome will benefit not just K-DEMO, but a next-step U.S. fusion facility as well."

K-DEMO is expected to come online several years after ITER, a seven-story tokamak that the European Union, the United States, South Korea and four other nations are building in Cadarache, France. ITER is to produce 500 million watts of fusion power for 500 seconds by the late 2020s to showcase the feasibility of fusion energy. K-DEMO, by contrast, is to produce some 1 billion watts of power for several weeks on end. "K-DEMO should be just a small step away from a commercial plant in technology and performance," said Neilson.

K-DEMO will be a two-stage project. The first stage, called K-DEMO 1, will develop components for the second stage, K-DEMO 2, to produce fusion energy and generate electricity. Construction of a commercial fusion generating station would follow completion of the overall K-DEMO project.

K-DEMO could thus set the pace for global efforts to achieve commercial fusion energy. Countries including China, Japan and India are contemplating their own demonstration facilities as gateways to commercial fusion power stations that could operate by mid-century.