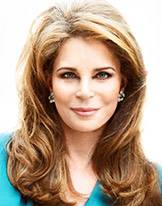 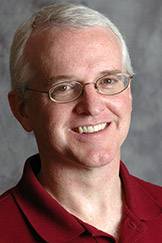 Princeton University will present its top honors for alumni to Her Majesty Queen Noor of Jordan, an advocate for humanitarian issues around the world, and Martin Eakes, a community organizer and economic strategist. The honorees speak to two priority areas of the University: internationalism and service.

The Woodrow Wilson Award is bestowed annually by the University upon an undergraduate alumnus or alumna whose career embodies the call to duty in Wilson's famous speech, "Princeton in the Nation's Service." A Princeton graduate, Wilson served as president of the University, governor of New Jersey and president of the United States. Princeton's informal motto today also underscores service internationally: "Princeton in the Nation's Service and in the Service of All Nations."

Queen Noor is an international public servant and advocate for cross-cultural understanding and conflict prevention. She is known for her peace-building work around the world and for her focus on issues such as refugees, missing persons, poverty, climate change and disarmament.

Born Lisa Najeeb Halaby to an Arab American family, she received an A.B. in architecture and urban planning from Princeton in 1973 prior to working on urban planning and design projects in Australia, Iran, the United States and Jordan. She married His Majesty King Hussein bin Talal of Jordan in 1978.

Queen Noor's work in Jordan and the Arab world has focused on national and regional human security in the areas of education, conservation, sustainable development, human rights and intercultural understanding. Since 1979, the initiatives of the Noor Al Hussein and the King Hussein Foundations that she founded and chairs have pioneered programs in education, poverty eradication and women's empowerment, microfinance, health, and arts.

A long-time advocate for a just Arab-Israeli peace and for Palestinian refugees, Queen Noor is a director of Refugees International and an outspoken voice for the protection of civilians in conflict and for displaced persons. She is an advocate for Iraqis displaced in Iraq, Jordan, Syria and other countries after the 2003 Iraq conflict and for the millions of Syrians and now, Iraqis, displaced since the onset of the Syrian civil war in 2011.

She is a commissioner of the International Commission on Missing Persons and has been an expert adviser to the United Nations focusing on implementation of the Millennium Development Goals in Central Asia and on behalf of Colombia's displaced. She is president of the United World Colleges, a network of 14 schools and colleges around the world dedicated to international understanding.

Queen Noor has been an adviser and global advocate for the International Campaign to Ban Landmines and a founding leader of Global Zero, an international movement for the worldwide elimination of nuclear weapons.

She has published two books, "Hussein of Jordan" and "Leap of Faith: Memoirs of an Unexpected Life," a New York Times bestseller published in 17 languages.

Eakes is a nationally recognized economic development strategist who advocates for responsible lending practices. He is co-founder and CEO of Self-Help and the Center for Responsible Lending based in Durham, North Carolina.

The Center for Responsible Lending works to advance financial opportunity, security and wealth for families and communities. It focuses on promoting fair and sustainable lending practices and ending abusive financial practices that have a disproportiante impact on people of color, low- and moderate-income families, and other populations including immigrants, students, seniors, women and military personnel.

Eakes has received numerous honors for his work, including being named a MacArthur Fellow in 1996. In 2009, the Opportunity Finance Network presented him with the Ned Gramlich Lifetime Achievement Award for Responsible Lending. Eakes currently serves on the Ford Foundation Board of Trustees, the Bank of America National Community Advisory Council and the Guilford College Board of Trustees.

Eakes received his bachelor's degree from Davidson College in 1976 and his J.D. in 1980 from Yale Law School.