There are more clues to the past lurking beneath a tree's bark than just rings to count.

Hunting down that evidence starts with a simple boring device, as demonstrated recently along Washington Road on the Princeton University campus as 15 graduate students, researchers and junior faculty, guided by instructors, extracted a long, thin piece of a conifer's core during a workshop on dendroclimatology — the science of determining past climates from trees.

After boring the sample, which doesn't harm the tree, the workshop participants took turns examining the wood and its telling characteristics, gaining insights into the tree's history, including its environment and the surrounding climate. Through quick observation and ring counting, participants estimated that the conifer was approximately 40 years old. 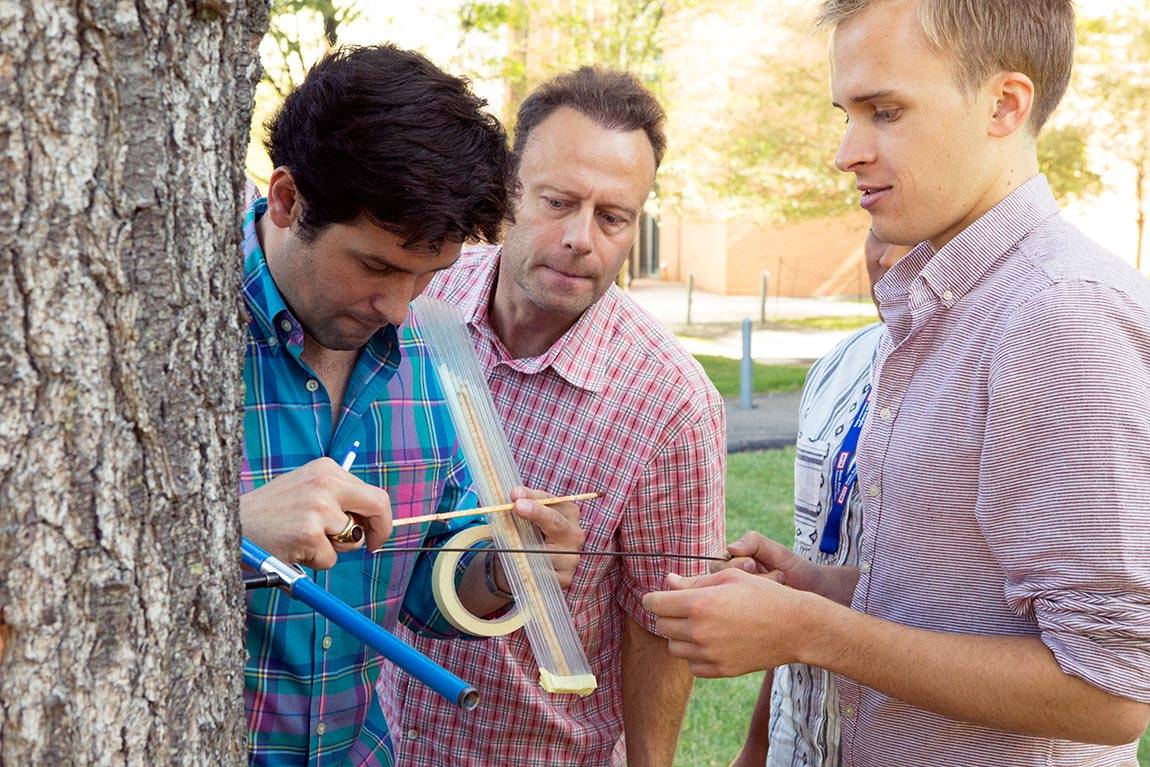 The workshop was part of the new Climate Change and History Research Initiative, launched this fall at the Princeton Institute for International and Regional Studies, which looks broadly at a variety of factors that shed light on climate and history.

Tree-ring analysis and coring generates "dendro data" that enables scientists and historians "to explain past climate regimes, in particular seasonal fluctuations in temperature and humidity from one year to the next across often long periods—up to 1,500-2,000 years in some cases," said John Haldon, director of the initiative and the Shelby Cullom Davis '30 Professor of European History.

"But the data has to be used carefully and in conjunction with other types of evidence to arrive at broader patterns," he said. "This workshop introduces participants to the methodological advantages and disadvantages of using dendro data, as well as to the practical methods employed in collecting evidence."

Taught by internationally renowned climate experts Jürg Luterbacher of Justus Liebig University in Giessen, Germany, and Ulf Büntgen of the Swiss Federal Research Institute, the workshop combined classwork with data collection and analysis from trees on Princeton's campus. Participants included graduate students, researchers and junior faculty from all over the United States and abroad with one common interest: trees and their impact on historical knowledge. 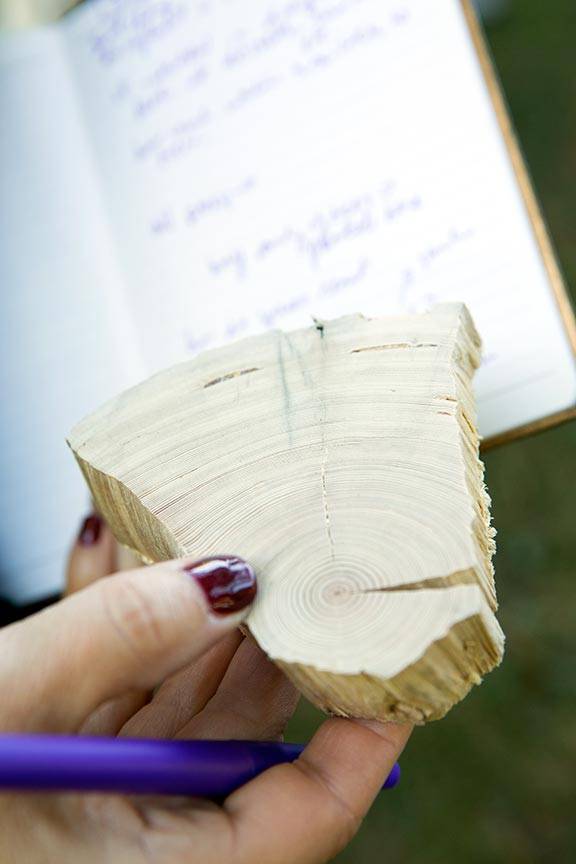 The workshop's instructors showed participants tree core samples to highlight characteristics that help determine age and other information about the tree.

"We selected the participants on the basis of their subject, the level of their knowledge in environmental and climate history, and the relevance of this workshop to their ongoing research," said Haldon, who is also a professor of history and Hellenic studies. "Through our PIIRS project and our meetings and workshops, we want to enhance the number of scholars across the U.S. and more widely, who are in a position to collaborate, either with us or with one another, and be part of a wider network of environmental historians."

The Climate Change and History Research Initiative was developed by Haldon and colleagues Nicola di Cosmo, a visiting professor of East Asian studies; Molly Green, a professor of history and Hellenic studies; Tim Newfield, a postdoctoral research fellow and lecturer in history; and project assistant Lee Mordechai, to bring together a broad interdisciplinary group of climate scientists, environmental historians and historians of the late Roman, Byzantine and Ottoman periods to investigate how societies respond to environmental pressures.

Haldon said the researchers wanted to answer these types of questions: "How flexible and resilient are different societies and why? How is this indicated in the historical record, and in the rise and fall of states or cultures? How can understanding these phenomena help us address issues of climate and environmental change today? And how can modern societies and states respond? Dendro study is one way we can do that."

For Mateusz Falkowski, a Ph.D. student at New York University studying environmental and early modern European history, the workshop had immediate implications for his work as he sets out to write his dissertation. "I think it's crucial that we were able to see firsthand how the data is collected. This kind of visualization changed my understanding of the discipline. I think it is crucial that a community of historians be open to learning from scientists."

Another workshop participant, Louisa Daggers, from the Amerindian Research Unit at the University of Guyana, echoed this sentiment for further collaboration: "I think this was a remarkable initiative for the scientific community. However, the potential for additional involvement by geologists [and] archaeologists exists to provide a much more holistic understanding of the subject matter."

While the research project is still at its beginning stages, Haldon hopes interest will grow quickly and engage more social scientists in the field.

"One of our greatest objectives is developing future collaboration between historians and scientists working together as part of the same team," he said.

Taking a close look at the Everglades restoration