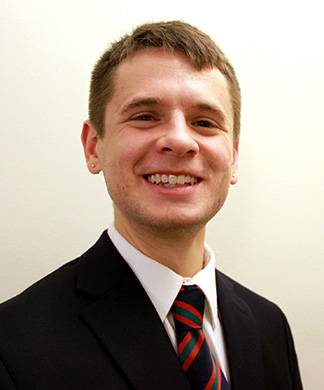 Princeton University senior Nicholas Barton has been awarded a Rhodes Scholarship for graduate study at the University of Oxford.

Barton, who is completing a bachelor's degree in astrophysical sciences, plans to pursue a master of science degree in mathematical modeling and scientific computing and an M.Sc. in applied statistics at Oxford.

"It's a huge honor to be chosen to receive the Rhodes, and I'm looking forward to continuing my studies at Oxford," Barton said. "I've always had a lot of help and support and I'm hugely thankful for everything my friends, family and professors have done for me over the years."

Growing up in Bermuda, Barton wrote in his application, he grew to close to nature through family camping trips, hours spent snorkeling above coral reefs and nights spent identifying stars and constellations. He has strengthened his connection to the outdoors at Princeton through the Outdoor Action program for incoming freshmen and his academic work.

"My love of the outdoors strongly influenced my decision to concentrate in astrophysics: the elegant models created from theory and confirmed through observation played to my innate curiosity and love of nature," Barton wrote in his application.

Barton is completing his senior thesis, in which he models the distribution of exoplanets in binary star systems. He has also conducted research on light pollution on campus.

As co-chair of the Leader Trainer Committee for Outdoor Action, which offers incoming students an opportunity for outdoor adventure, he has developed and taught leadership courses and led leader training trips.

"With our mutual affinity for science we have had countless discussions on a wide range of physics topics, including astrophysics coursework and his summer research," said Neil Pomphrey, an assistant squash coach and a retired principal research physicist at the Princeton Plasma Physics Laboratory. "Nic's critical thinking and ability to clearly present his points of view will stand him in good stead in the coming years at Oxford. On the squash courts Nic shares a strong work ethic and an abundance of energy and enjoyment with his teammates, his contributions to the team and gregarious nature accounting for his obvious popularity. Oxford will be enriched by Nic's presence."