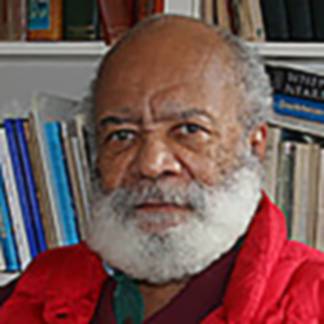 Photo courtesy of the Department of Sociology

Walter Wallace, a professor of sociology at Princeton University who was beloved by generations of undergraduates for his courses in sociological theory and in race and ethnicity, died Sept. 18 in Princeton. He was 88 years old.

Wallace joined the faculty in 1971 and transferred to emeritus status in 2001. Wallace's research spanned three broad areas: the sociology of education, sociological theory, and issues of ethnicity, race and nationality in human populations.

Before arriving at Princeton, Wallace taught at Spelman College for two years and Northwestern University for nine years. He also held an appointment at the Russell Sage Foundation, first as a visiting scholar and later as staff sociologist and full-time consultant.

In the 1960s, he wrote influential pieces on peer effects on aspirations for graduate students, the process of socialization for college freshmen and factors affecting student achievement.

By the late 1960s, he acquired an interest in sociological theory, which he pursued throughout his time at Princeton. His book "Principles of Scientific Sociology," published in 1983, was an ambitious attempt to redirect the course of contemporary sociological thought and cast the study of sociology as a natural science.

Wallace's work as an adviser to students' independent work gained notice in 2008 when the presidential campaign of Barack Obama sparked interest in the Princeton career of his wife, Michelle Obama, a member of the Class of 1985. Wallace advised Obama, then Michelle Robinson, on her senior thesis, "Princeton Educated Blacks and the Black Community."

"She was an extremely hardworking student who learned a great deal from doing the research and expressed that fact very clearly, honestly and impressively," Wallace said in a 2008 article in the Princeton Weekly Bulletin.

Wallace declined any special recognition at the time of his retirement, said Thomas Espenshade, professor of sociology, emeritus.

"He wanted to leave on his own terms, and so he did," Espenshade said.

Sarane Boocock, Wallace's longtime partner, said Wallace asked for there to be no funeral following his death.

"He was a happy person. He had loved his life," Boocock said. "He was writing right up until the last weeks of his life."

Along with Boocock, Wallace is survived by two daughters, Robin Wallace Gaskins and Aslan Wallace.