Imagine artists with a city as their canvas, their stage.

Princeton undergraduates in the course "The Arts of Urban Transition" have spent the past semester using texts and methods from history, theater and dance to examine artists and works of art as agents of change in New York City and Detroit.

"We're examining what it meant for industry to leave, what it meant for the economy, the built environment, the populations," said Aaron Shkuda, one of the course's instructors and the project manager of the Princeton-Mellon Initiative in Architecture, Urbanism and the Humanities. "We're considering why New York and Detroit have had such divergent histories since deindustrialization, how artists have shaped the process of development, and how they have responded to some of the contradictions of the postindustrial city."

Among the topics explored in the class: gentrification, relationships among artists, changing urban economies and the impact of urban arts initiatives.

Along with Shkuda, a historian whose research focuses on New York's SoHo neighborhood, the course is taught by Judith Hamera, a professor of dance in the Lewis Center for the Arts, and Aaron Landsman, a Princeton Arts Fellow in the Lewis Center. The course is supported by the Princeton-Mellon Initiative, a three-year interdisciplinary program that combines the efforts of a diverse group of faculty, programs and schools to develop a more dynamic and nuanced understanding of urban issues.

The centerpiece of the course was a four-day trip over fall break to Detroit that took the students and their instructors into the streets of the city, its museums, and the studios and homes of artists. They met with artists, activists, longtime residents and others working to improve the city.

Based on their readings, the trip to Detroit and trips to New York and Philadelphia, students created walking tours of urban environments, grant proposals for an artistic intervention addressing the politics, cultural history or future of Detroit, and collaborative ethnographic performances.

Below are photographic highlights of the Detroit trip, with captions by students. 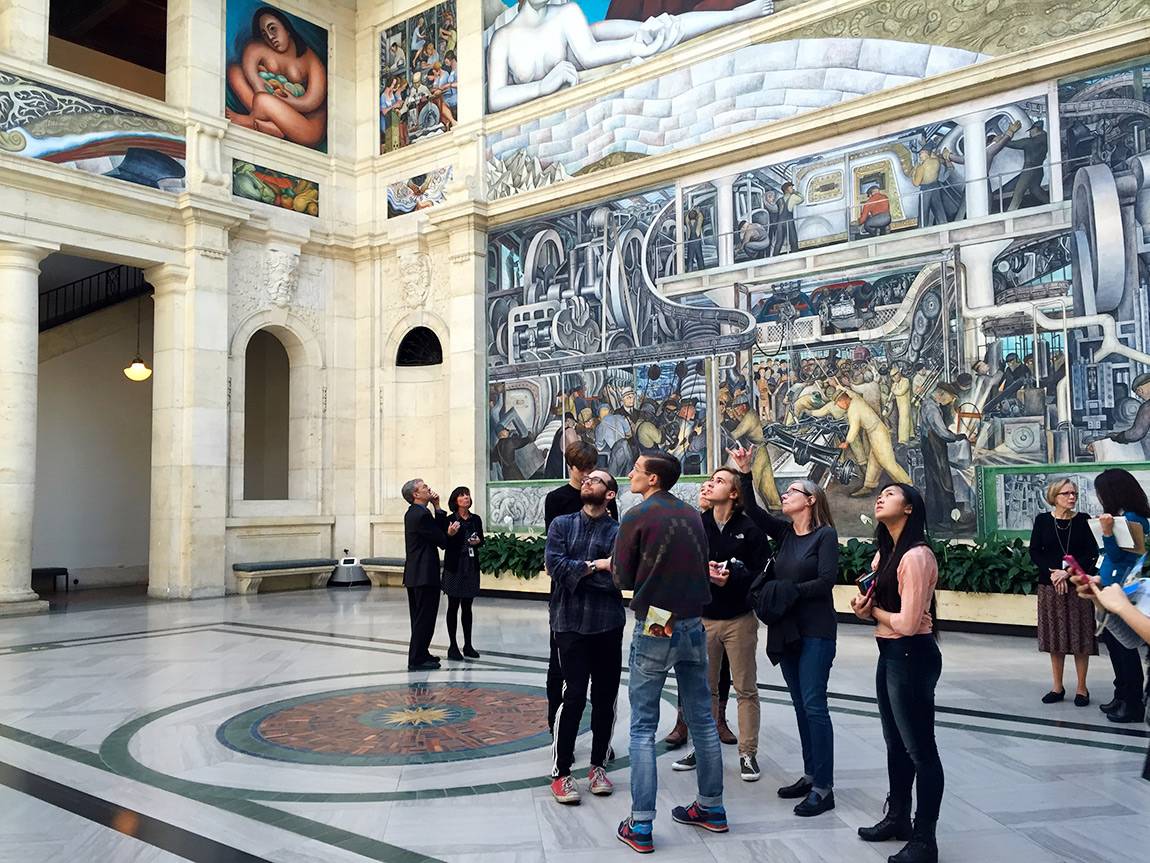 Professor Judith Hamera explains part of Diego Rivera's Detroit Industry fresco cycle to students during a visit to the Detroit Institute of Arts. The main panels of the fresco cycle, which is considered some of Rivera's finest work, depict laborers at the Ford River Rouge plant. Hamera said it was one of the most influential works of art in her life. (Photo by Ryan Gedrich, Class of 2016; caption by Spencer Parts, Class of 2017) 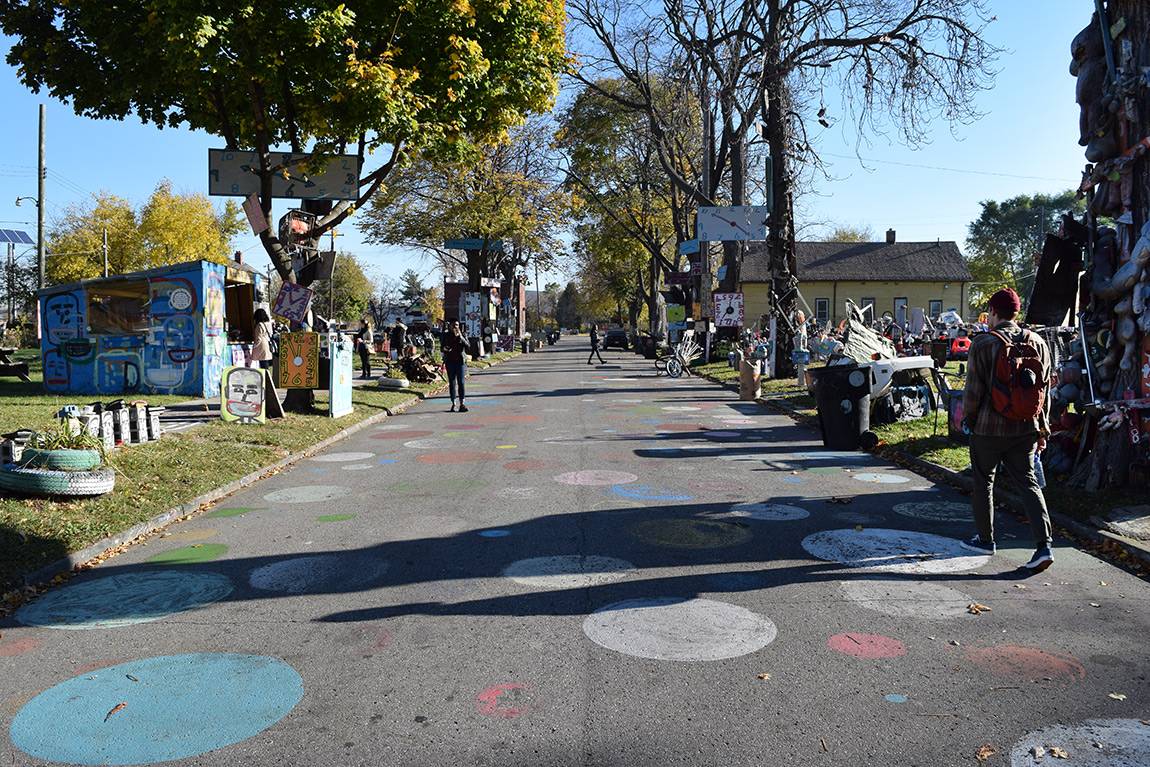 Walking through Tyree Guyton's Heidelberg Project was like journeying through a real-life wonderland. Guyton has spent years reconstructing garbage and found objects into colorful, intricate sculptures that bring vivid life to the McDougall-Hunt neighborhood of Detroit. (Photo by Alex Quetell, Class of 2017; caption by Oge Ude, Class of 2016) 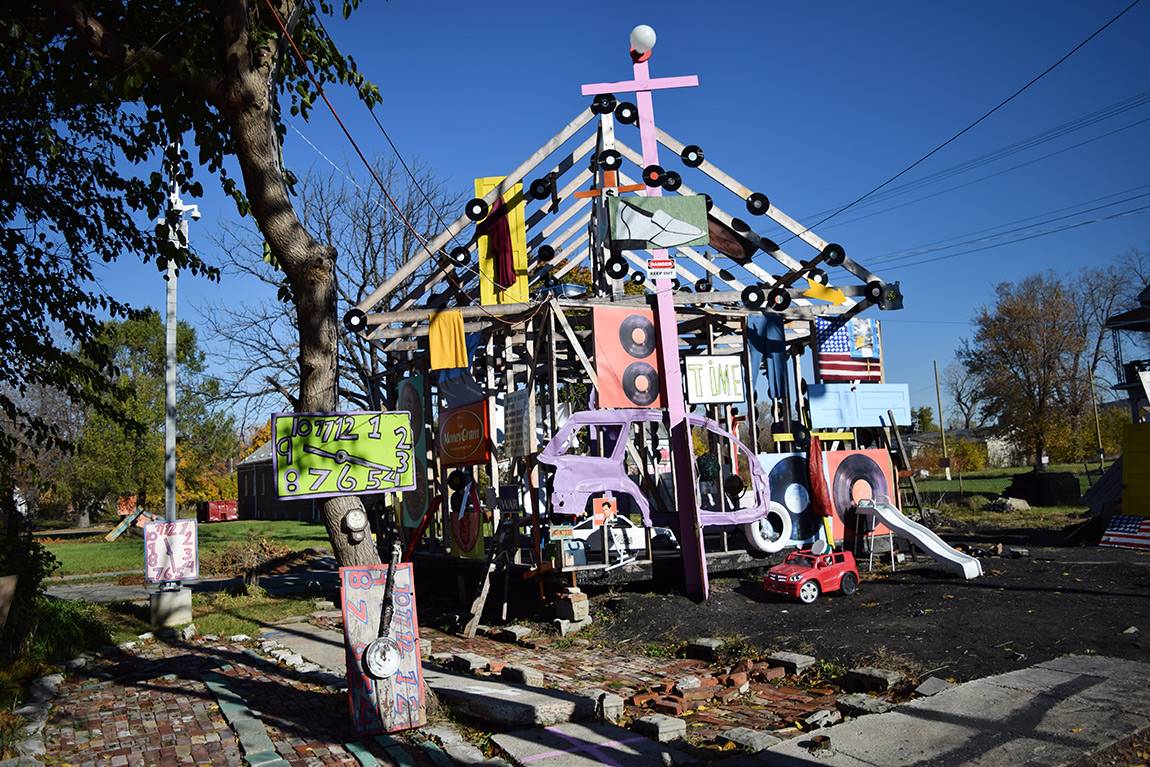 "House of Soul" — one the original "inside-out" houses in the Heidelberg Project — was one of the numerous houses set ablaze in a series of arsons in 2013. The loss of one of Guyton's crucial works was a tragic reminder of Guyton's persistent theme of change and time on the historic Heidelberg Street. The image above captures the reconstructed framework of the "House of Soul," and features Guyton's current project of placing painted clocks throughout the street. (Photo and caption by Alex Quetell, Class of 2017) 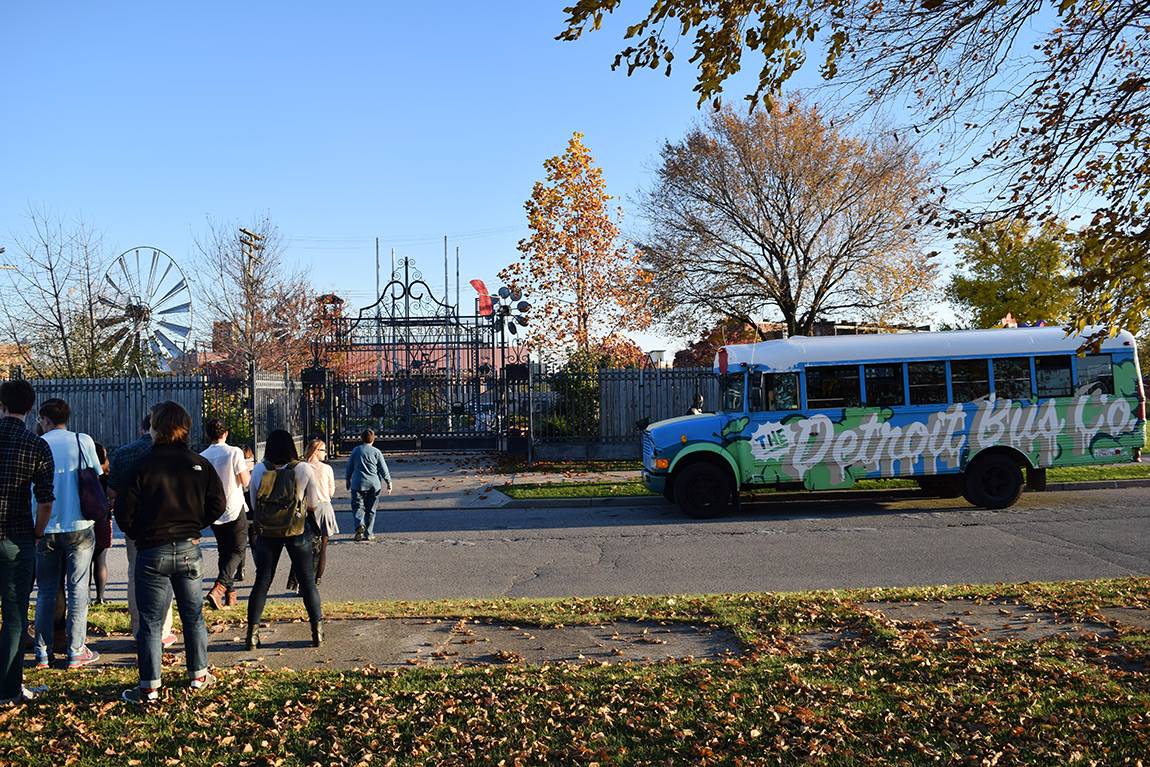 After touring many decimated and deserted parts of the city, Carlos Nielbock's studio was a breath of fresh air we all needed, as he showed us how he created artwork and replications of historic metalwork out of discarded materials from demolitions throughout the city: new rising from the old in the name of art. (Photo by Alex Quetell, Class of 2017; caption by Lauren Wodarski, Class of 2017) 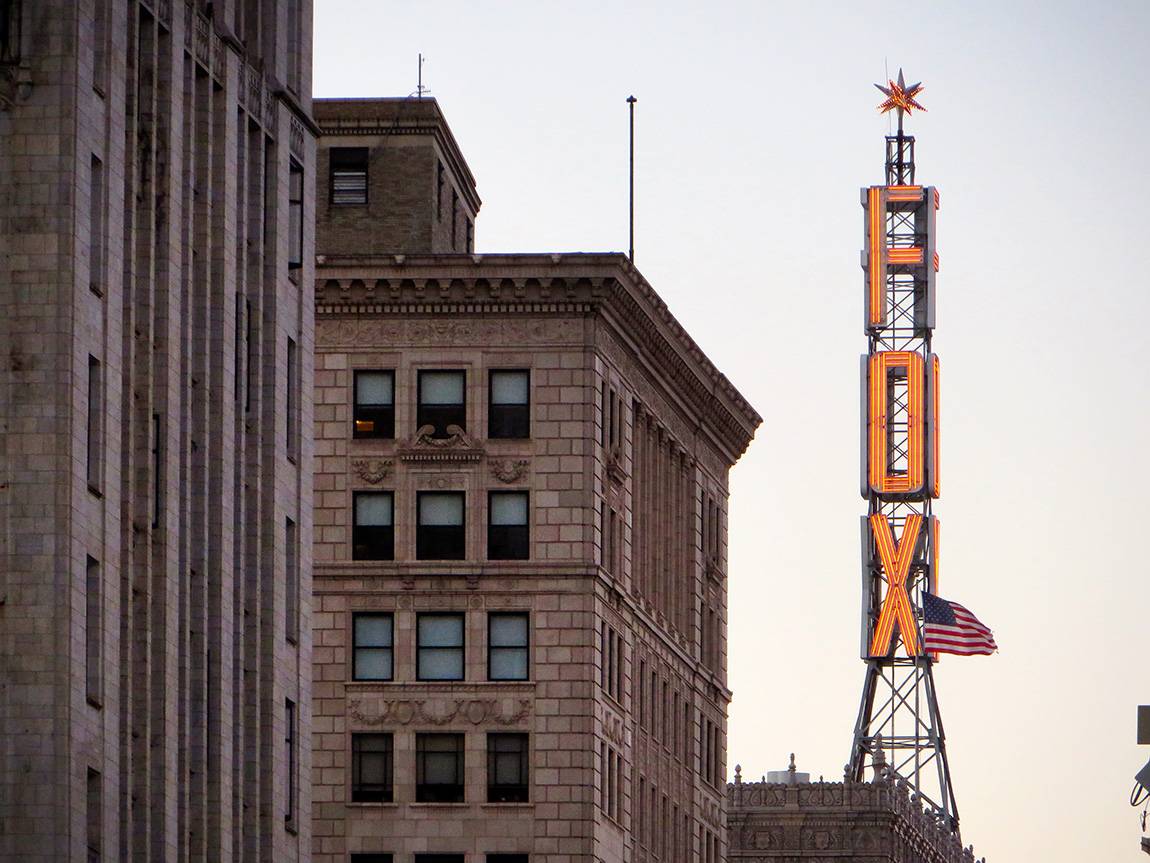 The class stayed in the heart of Detroit's rapidly changing downtown area, nestled between still-thriving cultural sites from Detroit's past (like the opulent Fox Theater, pictured) and a burgeoning contemporary arts community seeking to return the city's narrative to the disinvested Detroiters who built and continue to live for their city. (Photo and caption by Ryan Gedrich, Class of 2016)