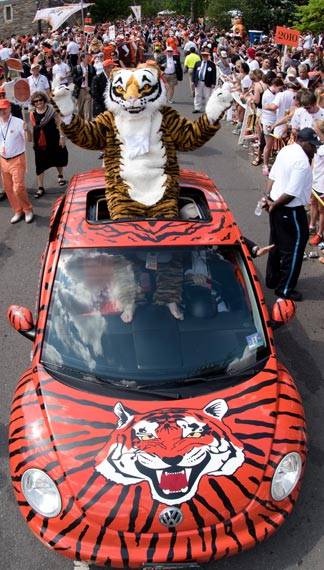 Approximately 25,000 alumni and guests are expected to return to Princeton University Thursday through Sunday, May 26-29, for Reunions 2016. Highlights will include the P-rade throughout campus beginning at 2 p.m., May 28.

Approximately 25,000 alumni and guests are expected to return to Princeton University Thursday through Sunday, May 26-29, for Reunions 2016. Highlights will include the P-rade throughout campus beginning at 2 p.m., May 28.

Photos by Sameer Khan/Fotobuddy for the Alumni Association

Genevieve Ryan has been planning her class' first major Reunion since they graduated from Princeton five years ago. And with just days until Reunions 2016, Ryan is excited to see the work of class alumni volunteers come to life.

"Helping organize our 5th Reunion has been a wonderful way to stay connected to the University," said Ryan, who is co-chair of the Class of 2011 Reunions Committee with Patrick Biggs. "Princeton Reunions are so unique. It is a tradition that brings back generations of alumni to campus for one weekend every year. I've been lucky to be part of it."

Ryan will be among the 25,000 alumni and guests expected to return to campus Thursday through Sunday, May 26-29. Highlights of Reunions 2016 will include: the P-rade throughout campus beginning at 2 p.m., May 28; the University Orchestra lawn concert at 8 p.m. and fireworks at 9:15 p.m., May 28, on Finney and Campbell fields; and Alumni-Faculty Forums and performances by student groups throughout the weekend.

Ryan said she and Biggs were selected to lead their 5th Reunion shortly after graduating, though most work happened during the past year once they assembled a committee of 20 classmates.

Talbot Logan co-chairs the Class of 1991 Reunions Committee with Nancy Schumacher. He said their 40-member committee has worked for two years planning the 25th Reunion, which traditionally draws the most alumni each year.

"I have been a part of a Reunions committee ever since graduating," Logan said. "It is a fantastic way to stay connected to your classmates and have a say in the class' biggest event every five years."

Class of 1981 graduate José Figueroa helped arrange music for the 35th Reunion with entertainment co-chair Steve Williams. He is especially looking forward to dancing to Kool and the Gang when the famous funk band performs at the 35th headquarters site. (Kool and the Gang's performance is open only to registered attendees with 35th Reunion wristbands).

"The entertainment chairs are staging shows for what in essence is a three-day outdoor festival," Figueroa said. "I've helped Steve as much as I could in our roles as part-time impresarios. Thursday night should be a mellow and more intimate event for the early attendees, so we will have a Latin jazz combo. For Friday and Saturday, we want parties our classmates really want to attend so we take into account the musical tastes of our generation. And if we choose music that swings we can't go too wrong."

As Reunions draws near, volunteers said they are most excited to see classmates enjoy the events they helped plan.

"Alumni have so much fun at Reunions and it is amazing to have a meaningful role in organizing that," Ryan said. "It's a way of giving back to Princeton." 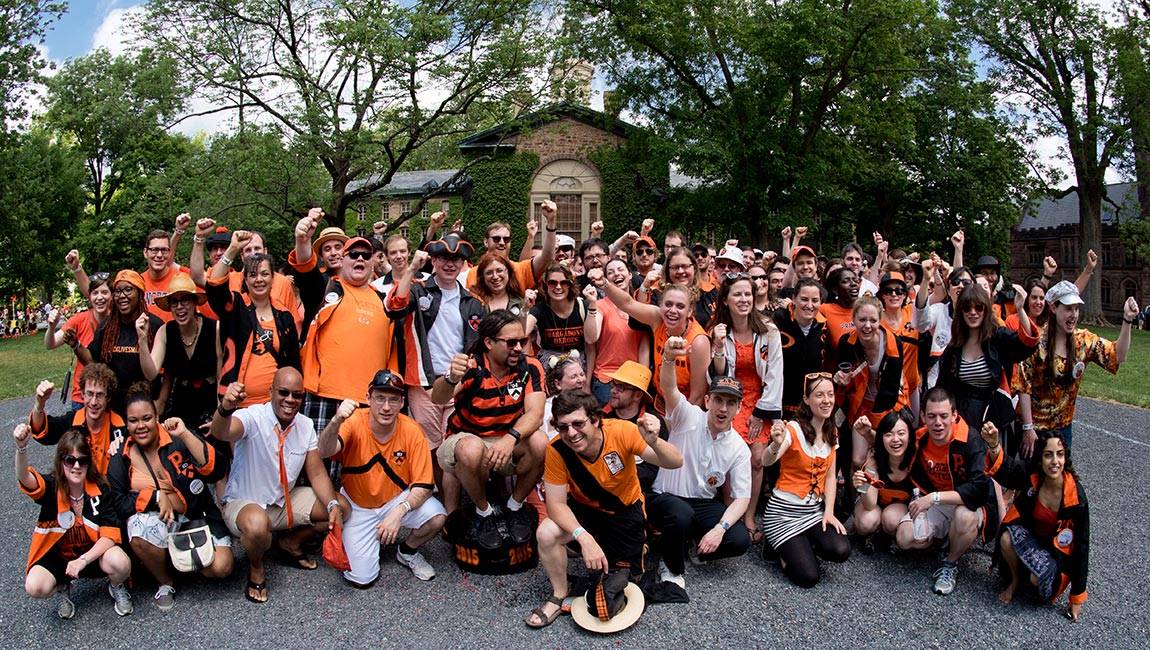 Alumni are excited to return to Princeton's campus for Reunions 2016. Alumni volunteers, who help organize each Reunions, said they are looking forward to seeing their classmates enjoy the events they planned.