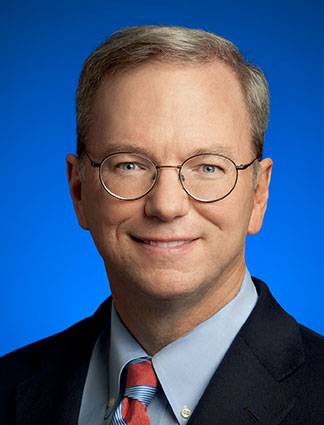 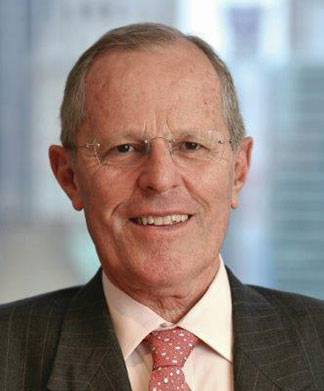 At Alphabet, Schmidt is responsible for the external matters of all of the holding company's businesses, including Google Inc., advising their CEOs and leadership on business and policy issues.

"Alphabet — the parent company of Google — has been at the forefront of the Information Age, and as its chairman, Eric Schmidt embraces the idea that society's progress depends on innovative ideas," said Cecilia Rouse, dean of the Wilson School. "Eric has fostered the development of projects that look at old problems in a new light — from using technology to spread revolution or creating safer roads or curing disease. I am so pleased he has been chosen as this year's recipient of the Woodrow Wilson Award. His service and dedication to creating a healthier, safer and more productive planet make him worthy of this award."

Prior to the establishment of Alphabet, Schmidt was the chairman of Google for four years. From 2001 to 2011, Schmidt served as Google's chief executive officer, overseeing the company's technical and business strategy alongside founders Sergey Brin and Larry Page. Under his leadership, Google dramatically scaled its infrastructure and diversified its product offerings while maintaining a strong culture of innovation, growing from a Silicon Valley startup to a global leader in technology.

Previously, Schmidt was chairman and CEO of Novell and chief technology officer at Sun Microsystems, Inc. He also worked on the research staff at Xerox Palo Alto Research Center, Bell Laboratories and Zilog.

Schmidt earned his Ph.D. in computer science from the University of California-Berkeley in 1982 and his B.S.E. in electrical engineering from Princeton in 1976.

Schmidt has served Princeton in numerous ways, including as a trustee from 2004 to 2008. In 2009, he and his wife, Wendy Schmidt, created the Eric and Wendy Schmidt Transformative Technology Fund at Princeton to support the advancement of science and engineering through the development of new technologies.

Schmidt has played a role in developing federal policy related to science and technology as a member of the President's Council of Advisors on Science and Technology. He is a fellow of the National Academy of Engineering and the American Academy of Arts and Sciences. The Schmidt Family Foundation was established in 2006 by Wendy Schmidt and Eric Schmidt to address issues of sustainability and the responsible use of natural resources. Schmidt is a trustee of the Institute for Advanced Study in Princeton and is on the board of the Broad Institute and the Mayo Clinic. In 2013, he and Jared Cohen co-authored the New York Times bestselling book, "The New Digital Age: Transforming Nations, Businesses, and Our Lives." In 2014, he published his second bestseller, "How Google Works," which he and Jonathan Rosenberg co-authored with Alan Eagle.

Kuczynski began a five-year term as Peru's president on July 28.

An economist, Kuczynski started his career at the World Bank in the early 1960s. In Peru, has been manager of the Central Reserve Bank, minister of energy and mines, and twice served as minister of economy and finance. He also was chairman of the Cabinet of Ministers.

"Pedro Pablo Kuczynski has made enormous contributions as an economist and statesman," said Sanjeev Kulkarni, dean of the Graduate School. "We're proud to recognize such a distinguished Princetonian with the Madison Medal."

Kuczynski was a private entrepreneur for 25 years, including working with an investment bank in New York. Since 2007, he has been an adviser and partner with the Rohatyn Group, a New York-based company that specializes in fund management in emerging countries. He was president of Advanced Metallurgical Group (AMG) and chair of Ternium, the largest steel company in Latin America. He founded and chaired Agualimpia, an organization that helps implement water and sanitation projects in the poorest areas of Peru.

Kuczynski has written extensively about the economics of Latin America and Peru and has taught at the Pontifical Catholic University of Peru and the University of Pittsburgh.

In 1960, Kuczynski graduated from the University of Oxford with a focus on politics, philosophy and economics. Following his studies in England, he received the John Parker Compton Memorial Fellowship in International Relations to study public affairs at Princeton.