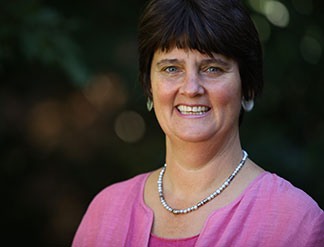 Anne Holton, a Princeton alumna whose career has focused on advocating for families and children in Virginia, has been selected as the speaker for the University's 2017 Baccalaureate ceremony.

Baccalaureate, an end-of-year interfaith service that is one of Princeton's oldest traditions, is scheduled for 2 p.m. Sunday, June 4, in the University Chapel. It marks the beginning of Commencement-related activities that include Class Day on Monday, and the graduation ceremony itself on Tuesday.

"I am so thrilled that Anne Holton will serve as the Baccalaureate speaker for the Great Class of 2017 and am equally as honored to welcome her back to Princeton," said Andrew Sun, president of the senior class. "A dedicated public servant and a trailblazer for women in politics, Anne Holton is an accomplished Princeton alumna who has spent the majority of her life fighting for causes that have helped to enrich and better the lives of families and children."

Added Sun: "As first lady of Virginia, she sought to fix the problems with the state's foster care system, and as Virginia's secretary of education, she worked toward advancing educational opportunities for students. I am confident Ms. Holton will inspire and motivate the class with heartfelt words of wisdom and advice, just days before we exit the gates and navigate this inflection point in our lives."

Holton, who was born in Roanoke, Virginia, earned an A.B. from Princeton's Woodrow Wilson School of Public and International Affairs in 1980. She earned a J.D. from Harvard Law School in 1983.

At Harvard, Holton met her future husband, Tim Kaine, the United States senator for Virginia who was the vice presidential running mate of Hillary Clinton in the 2016 presidential campaign.

Holton's life and career have been deeply committed to public service. The daughter of A. Linwood Holton Jr., the governor of Virginia from 1970 to 1974, Holton became the first lady of Virginia in 2006 when Kaine was elected governor.

As first lady, Holton launched her signature initiative, For Keeps: Families for all Virginia Teens, which helped find and strengthen permanent families in the state, particularly for older children in foster care or at risk of entering care. The work built upon her experience as a judge on the Juvenile and Domestic Relations District Court for the City of Richmond from 1998 to 2005, where she served as chief judge of the court from 2000 to 2003, before resigning from the bench following Kaine's election as governor.

From 2014 to 2016, Holton served as secretary of education for the Commonwealth of Virginia, before resigning when Kaine was selected as Clinton's running mate.

At the beginning of her career, Holton served as a law clerk for U.S. District Court Judge Robert R. Merhige Jr. in Richmond. From 1985 to 1998, she was an attorney with the Central Virginia Legal Aid Society.

Holton has received many awards for her work, including the Outstanding Woman of the Year in Law honor from the YWCA of Richmond in 2006, and the Annie E. Casey Foundation Families for Life Award of Distinction in 2008.

Princeton's Baccalaureate service focuses on members of the senior class. It includes prayers and readings from various religions and philosophical traditions. The earliest recorded Baccalaureate address — titled "Religion and the Public Spirit" — was delivered by University President Samuel Davies to the 11 members of the graduating Class of 1760.