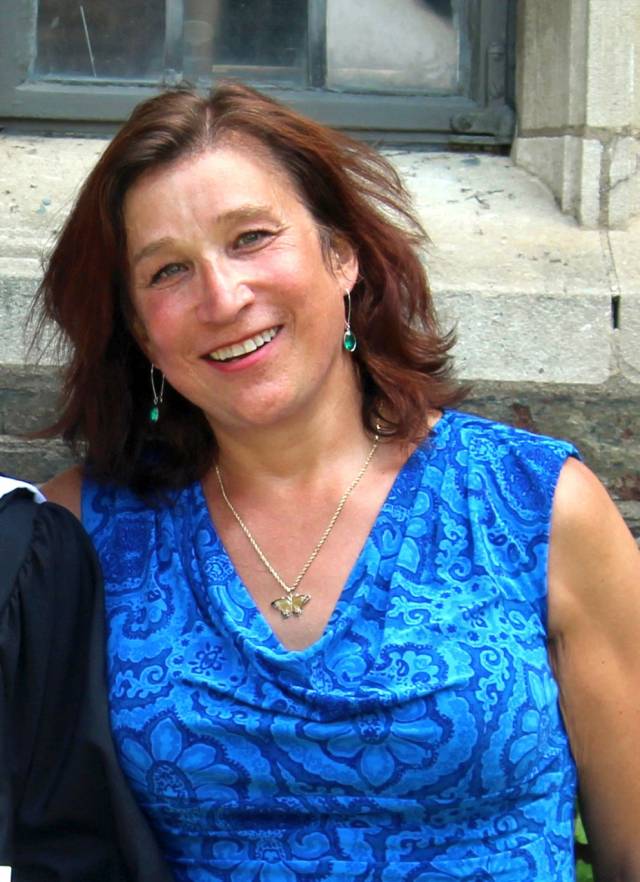 Below, Tina Madison White, Class of 1982, shares some of the perspectives she will cover on the “Personal Identity in an Intersectional World” panel, as well as her hopes for what she will gain during this extraordinary gathering of Princeton alumnae. Tina is giving the “She Roars” audience — both Tigers on campus and those following from afar — the opportunity to connect more deeply with the discussions that will be sparked at “She Roars” and carry forward into the future.

I attended Princeton for the first time, a year ago. It was my 35th reunion. A few weeks later, I thanked the Class of ’82 in a letter. “You gave me a gift that is beyond precious,” I said. My classmates had embraced me as the person I am. Though they had known known me 35 years before as Tom, they readily welcomed Tina.

Nothing can compare with the loneliness of living a lifetime with an identity that makes you invisible. Cut off from the world, you cannot even know what it feels like to be loved. How can anyone love someone you never reveal?

I am so excited to be returning to Princeton because I can finally have the conversations I never got to have with the women I had always wanted to talk to. Whether they find me wonderful or wonderfully horrifying almost doesn’t matter. Either way, they will find ME, fully present. They will have to respond to me.

I suspect that this is how many of us feel these days. The #MeToo movement demands to be heard and reckoned with. People of color, immigrants, religious minorities, the LGBTQ community, and the disabled (to name but a few) are tired of being marginalized and othered. Those not privileged to ponder the universe from an ivory tower demand that their lives be considered just as precious as ours.

So what are we to do? What can the women of Princeton do to heal a world that is so deeply scarred? How can we each realize our full potential?

I lost 50 years of my potential because I lived it in hiding. When I finally came out of the darkness, I found that I had to devote most of my energy dealing with those who wanted to marginalize and to threaten people like me. I am hardly alone. Most of the world lives with this condition. Many would describe my dawning awareness as “being woke.”

It is a rude awakening. The more aware I become of how easily we marginalize and stigmatize others, the more ashamed and depressed I become. We all do it. But some of us do it with a lot more power and force.

The four women I will finally get to meet at the "Personal Identity in an Intersectional World" session are testament to this. They span generations, races, cultures and continents. Each has been forced to deal with the sharp edges of personal identity and intersectionality. They write thoughtfully and speak powerfully. Their convictions run deep.

I look forward to a weekend full of similarly powerful discussions and provocations. Isn’t that why we came to Princeton? For three days, I will bask in that privilege. And then I will return to a world that doesn’t give a fig about our time together. “What,” it will ask, “are you going to do with all your potential, Tina? Let’s get real!”