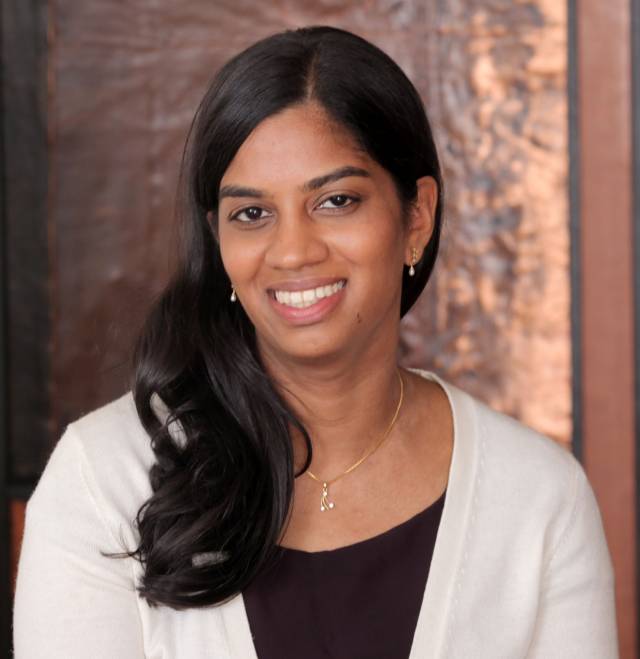 Below, Suman Sureshbabu, Graduate Class of 2007, shares some of the perspectives she will cover on the "Global Rights of Girls and Women" panel, as well as her hopes for what she will gain during this extraordinary gathering of Princeton alumnae. Suman is giving the “She Roars” audience — both Tigers on campus and those following from afar — the opportunity to connect more deeply with the discussions that will be sparked at “She Roars” and carry forward into the future.

If you had told me when I graduated from college 15 years ago that I would one day be leading work in the power sector — there is absolutely no way I would have believed you. I come from a family of engineers, but couldn’t imagine myself focusing on the seemingly dry subject of infrastructure. I began my career excited by the microfinance sector, particularly the power of loans to change women’s economic and social status. But it became quickly apparent that loans aren’t always enough. For real change to happen, women needed to politically organize and demand their fair share from government. When I joined The Rockefeller Foundation, I continued to focus on these issues. My introduction to the Power team was serendipitous — I joined to provide additional support while a colleague was on maternity leave.

For decades, the power sector has been dominated by a “if you build it, they will come” mentality. This, combined with complex global macro trends, has left African and Asian utilities in shambles. As a result, roughly 600 million people in Africa are without access to power and billions more globally are under-electrified. With the drop in solar prices, there is new momentum around designing the “utility of the future” — a concept that brings together traditional utility players with new off-grid actors to create a networked approach to power systems. Some rural areas can now be electrified faster and cheaper with off-grid technologies than with traditional grid extension. More importantly, we see improved outcomes — better customer service, quality and reliability. Recently, focus has turned to demand stimulation, directly supporting consumers to translate power into income. Examples include marrying power systems with irrigation and cold storage technologies.

We are witnessing the start of a revolution in how infrastructure is conceived of and built — more sustainable, customer-centric, decentralized, and with an explicit focus on boosting demand and usage.  We know that access to power is essential for advancing women’s equality — but if we don’t approach this work with an explicit focus on women, they will continue to be left out. Focusing on women might mean actively recruiting female farmers to join a newly electrified irrigation scheme or prioritizing lighting a maternity ward first. Women should lead new energy businesses while training and employing other women, plan infrastructure and advocate for policy change, and use electricity to launch and grow new enterprises, but these examples are more often outliers than the norm. There are people working on this — Allison Archambault from EarthSpark International is promoting feminist approaches to electrification. Rose Mutiso has launched The Mawazo Institute, an organization that promotes African women to produce original research and translate research into policy.

The problem is that electrification is based on viable business models, and the profit motive for focusing on women is often absent — but that doesn’t mean we shouldn’t do it. There is a huge opportunity to plan and execute infrastructure in a way that tackles gender inequity, but too often gender isn’t even part of the conversation when considering how to scale up energy access.

As I come back to campus, I would say to my fellow participants and current students — in any field —think about the way you can shine a spotlight on women and girls. It is essential for fighting inequality, and the only way to continue our march toward equality.