The project started with an invitation to all Princeton University alumnae, asking them to submit videos reflecting on their time at Princeton. About 150 women from around the world answered the call. 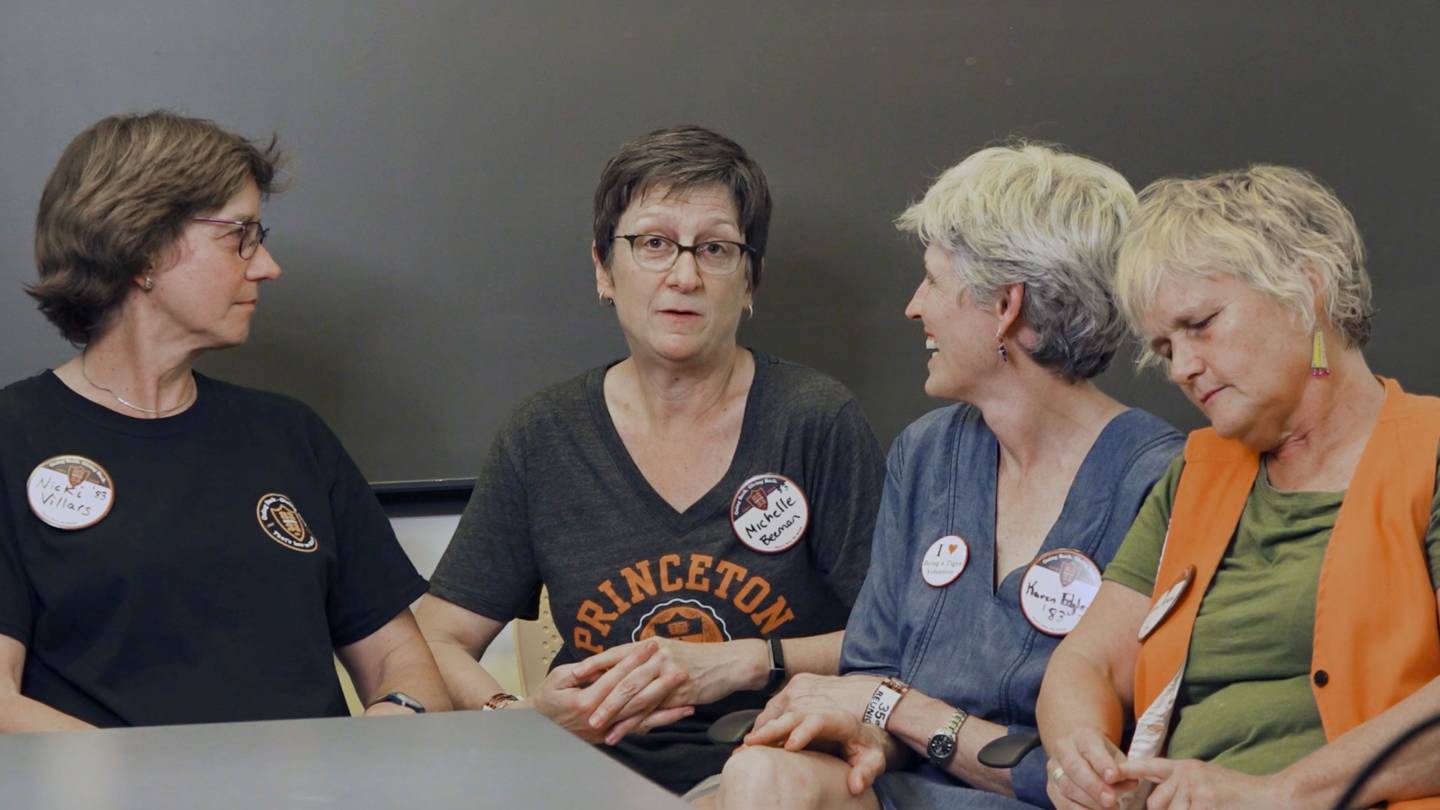 Using those submissions and additional interviews, the University produced a video that was shown Friday, Oct. 5, at the conference “She Roars: Celebrating Women at Princeton.”

From the 1960s to today, some common threads uniting alumnae across generations include being pioneers and “firsts” on campus and beyond, discovering and developing their strengths, supporting other women, making the campus more inclusive for future generations, and serving the common good.

Said Patricia Graue, of the Class of 1999, “I learned at Princeton to take advantage of opportunity, to go after what I wanted, to not be afraid to fail, and to support others, both in moments of extreme joy as well as moments of challenge.”

In addition to individuals sharing their stories, Elana Sigall, Class of 1988, and Cathy Bowman, Class of 1989, did a joint interview with their recollections of their undergraduate years. One of the significant events then was a “Take Back the Night” rally and march in 1987 that started on campus and moved down Prospect Street past the eating clubs. Sigall and Bowman tell the story in detail in a video posted with the vlogs of other alumnae.