Paul A. Volcker, a formidable force in U.S. government who led the Federal Reserve to quell inflation in the late 1970s and early ’80s, died Sunday, Dec. 8, in New York. He was 92.

Volcker, a member of Princeton’s Class of 1949, is among the University’s most esteemed alumni and served as the Frederick H. Schultz Class of 1951 Professor of International Economic Policy, Emeritus, at Princeton’s Woodrow Wilson School of Public and International Affairs. He served as a trustee of Princeton from 1984-88. He became a professor at the Wilson School in 1988 and transferred to emeritus status in 1997. 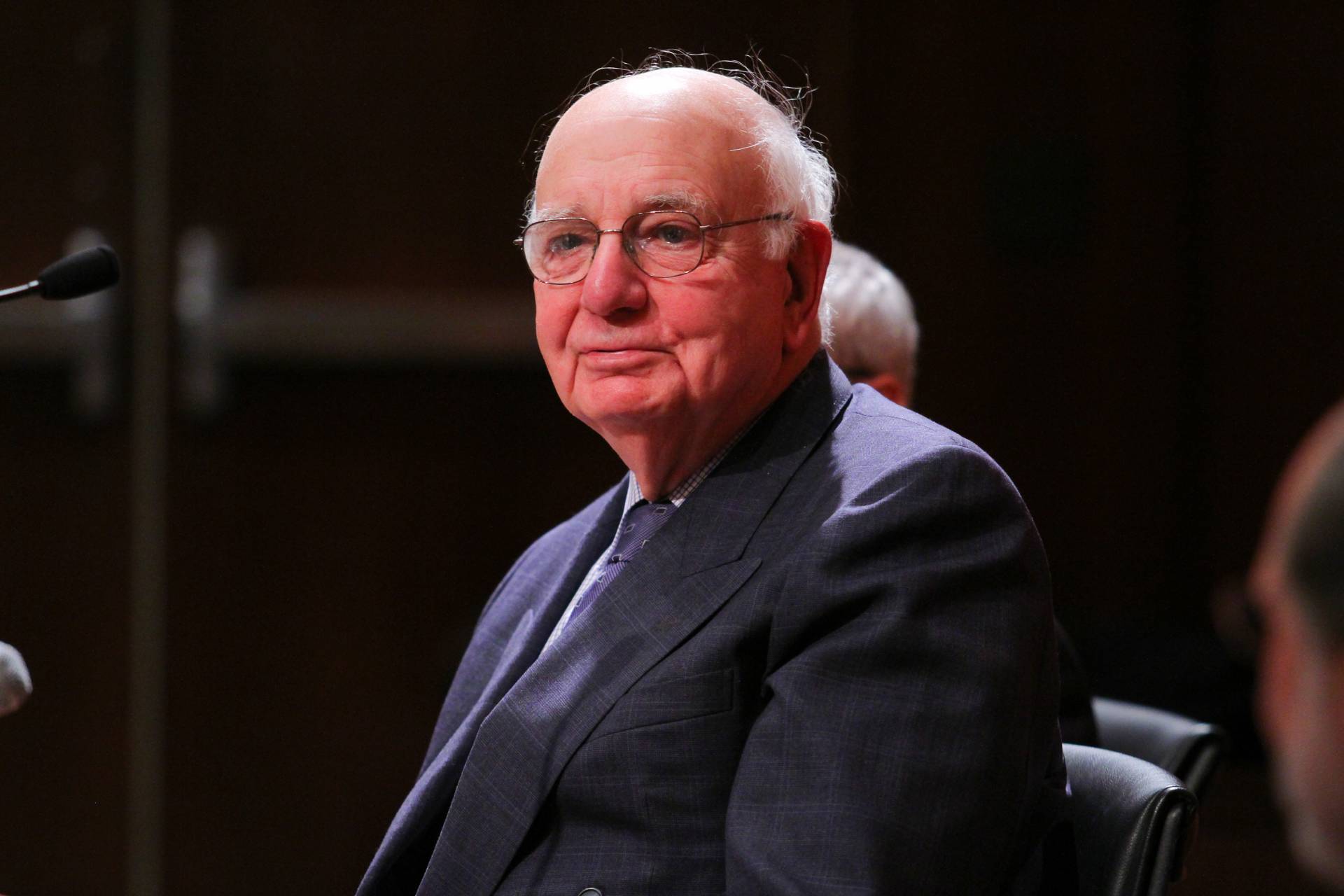 Volcker had a decorated, powerful career. He was most recently instrumental in creating the “Volcker Rule,” a regulation in the Dodd-Frank Wall Street Reform and Consumer Protection Act banning U.S. commercial banks from proprietary trading.

Prior to that, he was widely cited for enacting a tight-money policy in the 1970s and 1980s to reduce rising levels of inflation.

Towering in mind, spirit and body, Volcker left an indelible mark on American economic policy and Princeton University. Below is a sampling of digital stories related to Volcker’s time at Princeton and the Wilson School.

In 2015, Volcker donated his papers to the Seeley G. Mudd Manuscript Library, a division of the Princeton University Library’s Department of Rare Books and Special Collections. The collection primarily documents Volcker’s time as chairman of the Board of Governors of the Federal Reserve System, where he served under Presidents Jimmy Carter and Ronald Reagan.

WooCast: The Importance of Public Service

Volcker sat down with Elisabeth Donahue, associate dean of communications and public affairs at the Wilson School, to discuss the importance of public service in this WooCast issue. The pair discuss why students should pursue careers in public service and its role in good governance.

Are Financial Institutions Too Big or Too Big To Fail?

In 2014, Volcker joined a distinguished panel of experts from the public sector, the private sector and academia as part of the Program in Law and Public Affairs' "Are Financial Institutions Too Big or Too Big to Fail?" discussion.

A Conversation with Paul Volcker and Josh Bolten

Volcker is survived by his second wife, Anke Dening, his son, James, and daughter, Janice. View or share comments on a blog intended to honor Volcker's life and legacy.