One- and two-year Goldwater Scholarships cover tuition, fees, room and board up to a maximum of $7,500 per year. Hu and Thakar are two of the 417 winners for 2022, selected from a field of 1,242 students nationwide who were nominated by their colleges or universities.

The Goldwater Foundation was established by Congress in 1986; its scholarship program fosters and encourages outstanding students to pursue research careers in the fields of the natural sciences, engineering and mathematics. The Goldwater Scholarship is the preeminent undergraduate award of its type in these fields.

“It's a tremendous honor to be supported by a Goldwater scholarship," Hu said. "This award will make it possible for me to pursue new ideas in number theory and algebraic geometry through graduate school and beyond. I’m deeply grateful for the dedication and guidance of my mentors at Princeton, who have inspired my interest in mathematical research.” 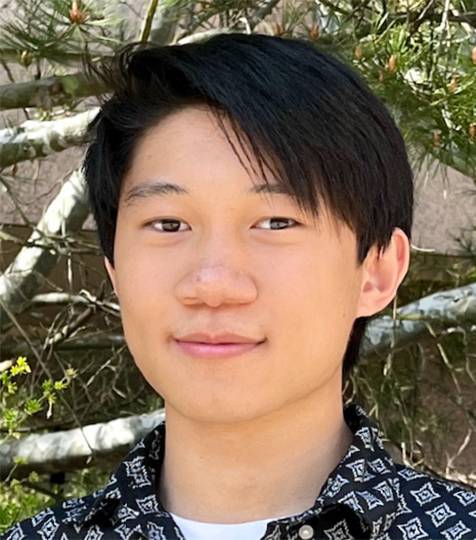 A Princeton native and longtime lover of math, Hu found himself "naturally attracted to the beauty and history of number theoretic concepts ranging from the prime number theorem to modular forms" at the University. He has undertaken several independent research projects, some of which have already been submitted to peer-reviewed journals for publication.

Hu plans to pursue a Ph.D. in mathematics, with the goals of teaching at the university level and conducting research in number theory and algebraic geometry. "As a faculty member, I wish to do meaningful service to the field of mathematics, propagating its beauty to the world through teaching and outreach, especially at the undergraduate and high school levels," he wrote in his application.

Hu is involved in the Badminton Club, the Mathematics Club and Princeton Taiko (a Japanese drumming group). He also works as a peer math advisor for the math department. His other awards include the Shapiro Prize for Academic Excellence at Princeton University, which recognizes the top 3% of first- and second-year undergraduate students for outstanding academic achievement; he received the award in both 2019-20 and 2020-21.

"The award is a tremendous honor, and will support my further exploration of the field of mathematics I've come to love: low-dimensional topology and knot theory," said Thakar. Like Hu, he plans to pursue a Ph.D. and a career in university-level teaching and research. 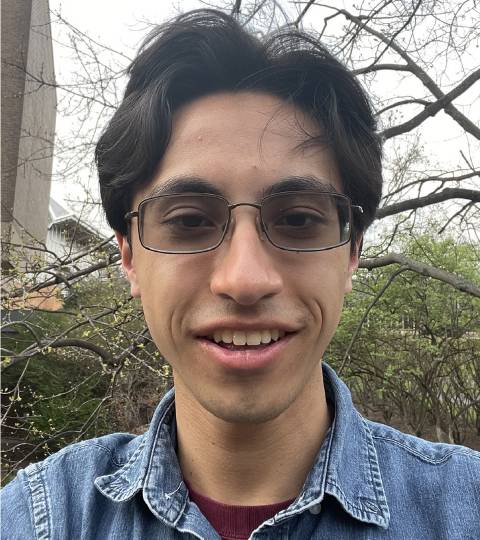 While in high school, Thakar discovered G. H. Hardy's "A Mathematician's Apology," which inspired him to become a research mathematician.

Hardy "convinced me that research mathematics was the most exciting combination of art and logic possible," Thakar wrote in his application. "I realized that could go into a career that combined the creativity of art alongside logic and rigor, too. ... To be a mathematics researcher is to contribute to society by pushing knowledge and ideas a bit further."

He has served as an undergraduate course assistant for math and physics courses, and he is the co-academic chair of the Mathematics Club. At the 2019 Joint Mathematics Meetings, Thakar presented a paper called "Enchanting Geometry" that discussed "teaching mathematics as a beautiful subject that creates profound ideas out of mundane ones."

Thakar received the Shapiro Prize in both of the past two years, and he was a 2019 National Merit Scholar.