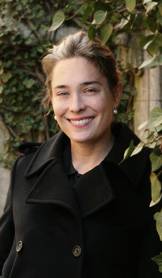 Sophie Gee, an assistant professor of English, has written her first novel, "The Scandal of the Season." It offers readers an engaging tale of the saga behind one of the period's most compelling poems, while making accessible the often inaccessible world of 18th-century English literature.     Photo: Denise Applewhite 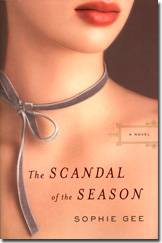 Gee's novel was inspired by the "mock-epic" style in English literature.

Not many college students who plan to be English majors can escape a careful study of Alexander Pope's "The Rape of the Lock."

"It's a mainstay of teaching 18th-century literature," said Sophie Gee, an assistant professor of English who specializes in the literature of that period. "Professors love teaching it."

Despite the fact that the poem is considered the finest example in English literature of the mock-epic — a satirical takedown of the distorted values of high society in the lofty form of the epic poem — it's a difficult text for students to get their heads around.

"I remember when I was an undergraduate and my professor said, 'This is a hilarious poem, satirically brilliant and so diverting. You're going to love it,'" Gee recalled. "He made it sound like it was going to be like watching 'Fawlty Towers,' and when I read it I was really disappointed because it was difficult to read, written in boring heroic couplets, and I didn't understand what was happening. And yet when I became a teacher, I found myself saying exactly the same things to my students." 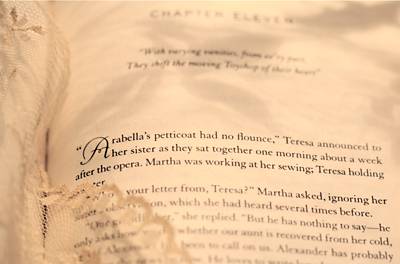 In thinking about ways to help students grapple with "The Rape of the Lock," Gee grew curious about the origins of the poem and began researching its history. She discovered that the characters in the poem were real people, their lives intertwined by love, ambition and betrayal.

"I had this amazing story on my hands, and I knew I wanted to write it," Gee said.

The result is Gee's first novel, "The Scandal of the Season," published last August by Scribner and described in The New York Times Book Review as "a clever and inviting piece of critical biography masquerading as a light comedy of manners." Her novel offers readers an engaging tale of the saga behind one of the period's most compelling poems while making accessible the often inaccessible world of 18th-century English literature.

Writing fiction has been Gee's passion since she was a child — as a high school student she won a prize for creative writing in her native Australia, and tucked in a drawer is an unpublished novel of adolescent angst she wrote in her early 20s that she described as "excruciatingly embarrassing." Nevertheless, after completing her undergraduate degree at the University of Sydney, she decided to pursue a Ph.D. in English literature at Harvard University.

"I started a Ph.D. because I felt I could never be a writer until I became a better reader, or a more thoroughly grounded reader," Gee said.

In the process she became entranced by 18th-century literature, especially the writing of Pope. Her scholarship has included examinations of Jonathan Swift's poetry, Irish prose, and theological writing from the 17th and 18th centuries. Her current book project, an expanded version of her dissertation, is about waste in the 18th century and why English culture became fascinated by the things it was discarding. She explores the treatment of waste in the poetry and novels of Swift, Pope, Henry Fielding and Daniel Defoe.

In the classroom, Gee helps students grapple with 18th-century literature by making liberal use of 20th-century references. In the course "Dirty Words: Satire, Slander and Society," she juxtaposes Swift and the animated television comedy series "South Park."

"We look at 'South Park' and 'The Simpsons' on the one hand, and Swift and Pope on the other hand, with the idea that classical satirical literature and modern satirical comedy use the same techniques and engage in social critique in similar ways," said Gee, who joined the Princeton faculty in 2002 and is on leave this year.

Senior Kyle Booten said Gee "challenged us to think deeply and have fun. Her sense of humor brings out the pleasure in studying literature."

"More than any other professor at Princeton, Professor Gee has taught me how to think and write effectively," said senior Max Miller. "Moreover, the professor/student divide is almost nonexistent. She treats you like a peer, which is both stimulating and demanding."

Gee also teaches "Introduction to English Literature: From the 14th to the 18th Century" with Oliver Arnold, associate professor of English. The course takes a close look at the writing of Pope, John Milton, Geoffrey Chaucer and Edmund Spenser. Gee illuminates these difficult texts by helping students appreciate their emotional and aesthetic power, Arnold said.

"What makes her lectures so unusually compelling is Professor Gee’s savvy way of showing students how poems make meaning, how they put pressure on our assumptions, how they complicate everything and simplify nothing, how they provoke us, and how they delight and move us," Arnold said. "Getting young students to discover the pleasure of reading challenging poems is a very rare and very great gift — and she’s got it."

Gee puts this gift to use in "The Scandal of the Season," expertly conjuring up the characters from Pope's famous poem and allowing readers to witness the illicit drama she has imagined. Arabella Fermor, a hypnotically beautiful young woman on the prowl for a suitably rich husband, begins an ill-advised affair with the exceedingly handsome Lord Petre. Alexander Pope, a penniless young writer who just arrived in London in 1711 to try and make a name for himself, is on the outskirts of their social circle, witnessing the delicious intrigues taking place in the shadows of the masquerade balls and garden picnics where their social set meets. When the romance between Arabella and Lord Petre reaches a highly public denouement, Pope writes a satirical poem about them that captures the moral vapidity of the upper class and makes him the most sought-after intellectual of his time.

To write a novel that inhabited the world of 18th-century upper-crust society and the writers such as Pope and Swift who lingered in its milieu required a "huge leap" on Gee's part, she said.

"As a scholar you try never to jump from fact to fiction," Gee said. "At first I was extremely uncomfortable about it, but then I realized that what I was doing was giving a psychologically compelling account of what we do know, putting in feelings along with historical facts."

One of Gee's challenges was to write the scene in which Pope and Swift meet for the first time. She knew they had met in London during the period in which the novel is set, so she imagined the rendezvous at the opera, penning a scene in which the young Pope approaches Swift as he scoffs at the vanity of some fellow clergy members in the audience. The two writers later became great friends.

"It was thrilling to have a chance to inhabit a historical moment like that, because it was such a momentous literary encounter," she said.

Jeff Nunokawa, professor of English, said Gee's novel is "a brilliant revisiting of 'The Rape of the Lock' and Pope. It's such a pleasure to read, and I admire it so much because I think it's a genuine work of scholarship."

The novel has been published in the United States, England, Australia and Italy, and Gee has traveled to Belgium, Holland and Italy as well as eight U.S. cities to promote the book. Listening to readers' reactions to the novel has been fascinating, Gee said.

"What people seem to like are the characters, the way they think and feel, and that was what interested me when I was writing the book," Gee said. "I hope that my sense of Pope from a scholarly point of view is in the book, but much more than that, I hope that it's entertaining. I wanted to take away all the pain of studying the period and just impart the pleasure."