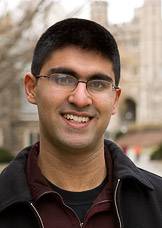 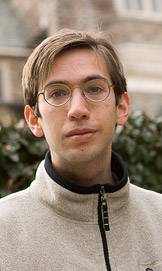 Anand Oza and Aaron Pixton will be Churchill Scholars, an honor bestowed annually upon about 13 students nationally by the Winston Churchill Foundation of New York City.

"The fact that two of the 13 Churchill Scholarships this year were awarded to Princeton students is nothing short of remarkable," said Peter Bogucki, associate dean for undergraduate affairs in the School of Engineering and Applied Science and chair of the University's Churchill Nomination Committee.

Both students, he said, have outstanding academic records and have earned significant achievements in research and scholarship. They also possess compelling plans for what they want to achieve while at Cambridge, he added.

The foundation, established in 1959, offers American students of exceptional ability and outstanding achievement the opportunity to pursue graduate studies in engineering, mathematics or the sciences. The scholars study at Churchill College, one of the newer colleges at Cambridge, built in tribute to the noted statesman, orator and strategist. The scholarship pays for a year of tuition, fees and living expenses.

Oza, of Fremont, Calif., will graduate with a degree in chemistry and a certificate in applied and computational mathematics. He won the Shapiro Prize for Academic Excellence in the fall of 2005.

An analysis of Jupiter's atmosphere, conducted by Oza during a summer internship two years ago at SRI International in California, provided the basis for a presentation he made at the fall 2006 meeting of the American Geophysical Union. He currently is working on a paper, "Scaling Complexity of the Control Landscapes for Open Quantum Systems With Kraus Map Evolution," with Herschel Rabitz, the Charles Phelps Smyth Professor of Chemistry. Oza believes that the "increased interplay between mathematics and physical science will revolutionize both disciplines."

While at Cambridge, he will pursue what is known as Part III of the Mathematical Tripos, an intense, focused project in mathematics. After earning his doctoral degree, he would like to become a professor of applied mathematics at a research institution, make important contributions to his field and inspire other students to do the same.

Pixton, of Vestal, N.Y., is a mathematics  major with a special interest in number theory.
He has won numerous recognitions for his academic achievements at Princeton. He was the co-winner of the Andrew H. Brown Prize for juniors in 2007 and also garnered the Class of 1861 Prize for sophomores in 2006. Both honors are bestowed by the University's Department of Mathematics.

His paper on "Orders at Infinity of Modular Forms With Heegner Divisors," which he cowrote with two other students, was published last fall in the Proceedings of the American Mathematical Society. He has submitted three more papers for publication and currently is finishing up another. He has enjoyed mathematics as long as he can remember and especially relishes that "feeling of suddenly understanding something a lot better after working on it."

At Cambridge, Pixton also will be taking the intensive Part III of the Mathematical Tripos. He plans to savor the various academic offerings, he said, and to return to the United States for mathematics graduate school. He wants to be a career mathematician, doing research-oriented work.

"Aaron is a very advanced mathematician, while Anand has a broad range of interests in the application of mathematical models to the sciences," Bogucki said. "They are both truly outstanding students of whom Princeton can be especially proud."