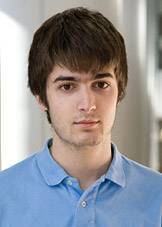 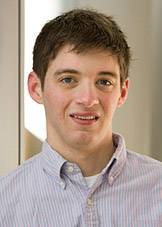 Two Princeton University seniors have won prestigious scholarships to the University of Cambridge for showing great promise in research.

George Boxer and David Karp will be Churchill Scholars, an annual honor bestowed upon 14 students nationally by the Winston Churchill Foundation of the United States.

"David and George are both outstanding students who have excelled in their courses and their research, and it is marvelous that both their accomplishments and their promise for luminous lives of scholarly inquiry have been recognized with Churchill Scholarships," said Peter Bogucki, associate dean for undergraduate affairs in the School of Engineering and Applied Science and chair of the University's Churchill Nomination Committee.

Their selection for the scholarships is "a tribute to Princeton’s tradition of undergraduate involvement in research and scholarly inquiry," Bogucki said.

The Churchill Foundation, established in 1959, offers American students of exceptional ability and outstanding achievement the opportunity to pursue graduate studies in engineering, mathematics or the sciences. The scholars live at Churchill College, one of the newer colleges at Cambridge, built in tribute to the noted statesman, orator and strategist. The scholarship pays for a year of tuition, fees, living expenses and travel.

Boxer, of  Stanford, Calif., will graduate with a degree in mathematics. He won the George Wood Legacy Junior Prize, given to a member of the senior class in recognition of exceptional academic achievement during the junior year. He also has been awarded the Shapiro Prize for Academic Excellence and the Andrew H. Brown Prize for outstanding junior work in mathematics.

Boxer was the co-author of two papers published in the Proceedings of the American Mathematical Society and was co-author of a paper published in the Journal of Chemical Physics. His research interests in mathematics lie in number theory and algebraic geometry. He earned a silver medal at the International Olympiad in Informatics in 2006 and first prize for his presentation at the Ohio State Young Mathematicians Conference last year. At Princeton he has served as a tutor for freshmen.

While at Cambridge, Boxer will pursue a master's degree in what is known as the Part III program in pure mathematics. After completing his studies as a Churchill Scholar, he plans to return to the United States to study for a Ph.D. in theoretical mathematics.

Karp, of Berwyn, Pa., is a mechanical and aerospace engineering major. He will earn certificates in applications of computing and applied and computational mathematics.

As an intern in the Aeronautics Scholarship Program at NASA's Ames Research Center, Karp analyzed data from the Blackhawk helicopter as part of an effort to develop innovative blade control technology. Last year he earned the L.S. Skip Fletcher Scholarship from the American Institute of Aeronautics and Astronautics. Elected to both Phi Beta Kappa and Tau Beta Pi, the engineering honor society, Karp twice has won the Shapiro Prize for Academic Excellence. He also earned the Class of 1939 Princeton Scholar Award, given to the rising senior with the highest academic standing.

At Cambridge, Karp intends to earn a master of philosophy degree in engineering, focusing on computational fluid dynamics. He plans to pursue a Ph.D. in aerospace engineering in the United States after his studies at Cambridge.