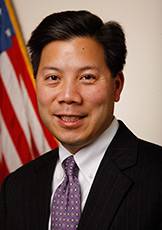 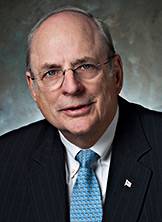 Christopher P. Lu, former White House cabinet secretary and assistant to President Barack Obama and a member of Princeton's Class of 1988, has been selected as the speaker for the University's 2014 Baccalaureate ceremony.

Baccalaureate, an end-of-year interfaith service that is one of Princeton's oldest traditions, is scheduled for 2 p.m. Sunday, June 1, in the University Chapel.

Norman Augustine, former chairman and chief executive officer of Lockheed Martin Corp. who holds undergraduate and graduate degrees from the University, will speak at the Hooding ceremony for advanced-degree candidates, scheduled for 5 p.m. Monday, June 2, on Cannon Green.

"The Class of 2014 is excited to welcome Christopher Lu as our Baccalaureate speaker," said Luchi Mmegwa, president of the senior class. "Mr. Lu's tireless service to the nation as an adviser to the president exemplifies the best of Princeton and embodies the passion for public service possessed by our class. We look forward to learning from Mr. Lu's experiences as we embark on our life journey."

Lu joined the staff of then-Sen. Obama in 2005 and served as executive director of the 2008 presidential transition team before joining Obama's White House staff. When Lu announced his departure from the White House last year, Obama said, "Through his dedication and tireless efforts, Chris has overseen one of the most stable and effective cabinets in history — a cabinet that has produced extraordinary accomplishments over the past four years."

In January 2014, Obama nominated Lu to be deputy secretary of the U.S. Department of Labor. If confirmed, he would become the chief operating officer of the agency, which has 17,000 employees.

Princeton's Baccalaureate service focuses on members of the senior class. It includes prayers and readings from various religious and philosophical traditions. The earliest recorded Baccalaureate address — titled "Religion and the Public Spirit" — was delivered by University President Samuel Davies in 1760 to the 11 members of the graduating class.

Augustine received his undergraduate and master's degrees in aeronautical engineering from Princeton in 1957 and 1959, respectively. After spending nearly 20 years as an engineer at aerospace companies and serving twice as undersecretary of the Army, Augustine joined the Martin Marietta Corp., a leading aerospace and defense manufacturer, in 1977, and became chairman and CEO. He served as president of the Lockheed Martin Corp. upon its formation in 1995 and was named CEO and chairman before retiring in 1997.

Augustine has served as a trustee of the University and was a lecturer with the rank of professor in Princeton's School of Engineering and Applied Science from 1997 to 1999. He was awarded the James Madison Medal, the highest honor the University bestows on an alumnus of its Graduate School, in 1995, and was awarded an honorary Doctor of Laws degree in 2007.