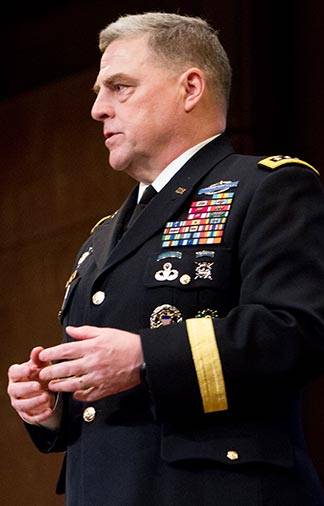 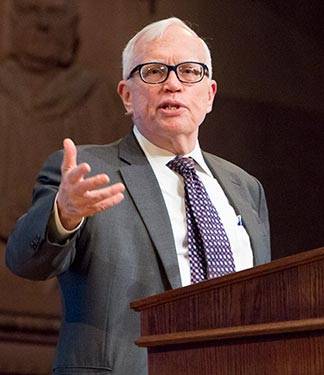 The recipients of Princeton's top alumni awards stressed the value of service and the power of public policy during the University's annual Alumni Day on Saturday, Feb. 20. The sunny, spring-like day was filled with lectures, workshops, family activities and the presentation of alumni and student awards. Some 1,000 alumni and members of the University community participated.

James Heckman, the Henry Schultz Distinguished Service Professor in Economics and the College at the University of Chicago and a winner of the Nobel Prize in economics, received the James Madison Medal, the University's top honor for Graduate School alumni. Heckman earned a Ph.D. in economics from Princeton in 1971.

Gen. Mark Milley, chief of staff of the U.S. Army and a member of the Class of 1980, received the Woodrow Wilson Award, the University's highest honor for undergraduate alumni.

In a speech titled "Strength Through Service," Milley began his remarks in Richardson Auditorium by recognizing members of the military and veterans in the audience, including those from World War II and Vietnam.

Joking that he "was in the half of the class that made the top half possible," Milley recalled the unsettled state of the world during his time at Princeton: The Cold War was in full swing, terrorists disrupted the Middle East, the Soviet Union invaded Afghanistan and there was instability in Asia.

Today, he noted, the world remains turbulent, citing the re-emergence of Russia as an aggressive nation state, the rise of China, an arms race in Asia, and a challenging situation in the Middle East.

"I was commissioned as a second lieutenant in the U.S. Army in that turbulent world of 1980," said Milley, who graduated with a degree in politics. "I had no idea then that I would spend my life dealing with the consequences of the international events that were surrounding me at our graduation."

Milley, whose parents were both veterans of World War II, said he was drawn to serve but hadn't initially planned a career in the military.

"The idea that rang true all my life was I wanted to help others in whatever I decided to do and to be part of something greater than self, to give meaning to Princeton in the nation's service," he said. "I found my calling in the United States Army."

Today, he leads more than one million soldiers on active duty, in the National Guard and the Reserve. He pointed to the more than 187,000 members of the Army currently deployed in 140 nations around the world, the 2.6 million Americans who have served in combat since 2001, and the 200 Princetonians currently serving.

And he remembered those lost, including 242 soldiers killed under his command and 5,651 members of the U.S. military killed in combat since 2001. He also remembered those Princetonians killed in battle who are honored in the Memorial Atrium in Nassau Hall.

He asked members of the audience to remember those who serve and those who have been killed and wounded in service as they enjoy the freedoms protected by the military — watching or reading about the news, protesting, worshipping or choosing not to, participating in the court system and voting.

Milley concluded with thanks to the University and the audience.

"To all of you I'm very grateful for your support to America's army and I'll always be a proud Princetonian in the nation's service for a cause much greater than myself," he said. "I want to thank you for honoring me today but more importantly for honoring America's army with this award and for really honoring an idea, an idea of service, an idea that's worth defending."

After a standing ovation, Milley answered questions from the audience about the training of the Afghan military and the increasing role of women in the U.S. military. 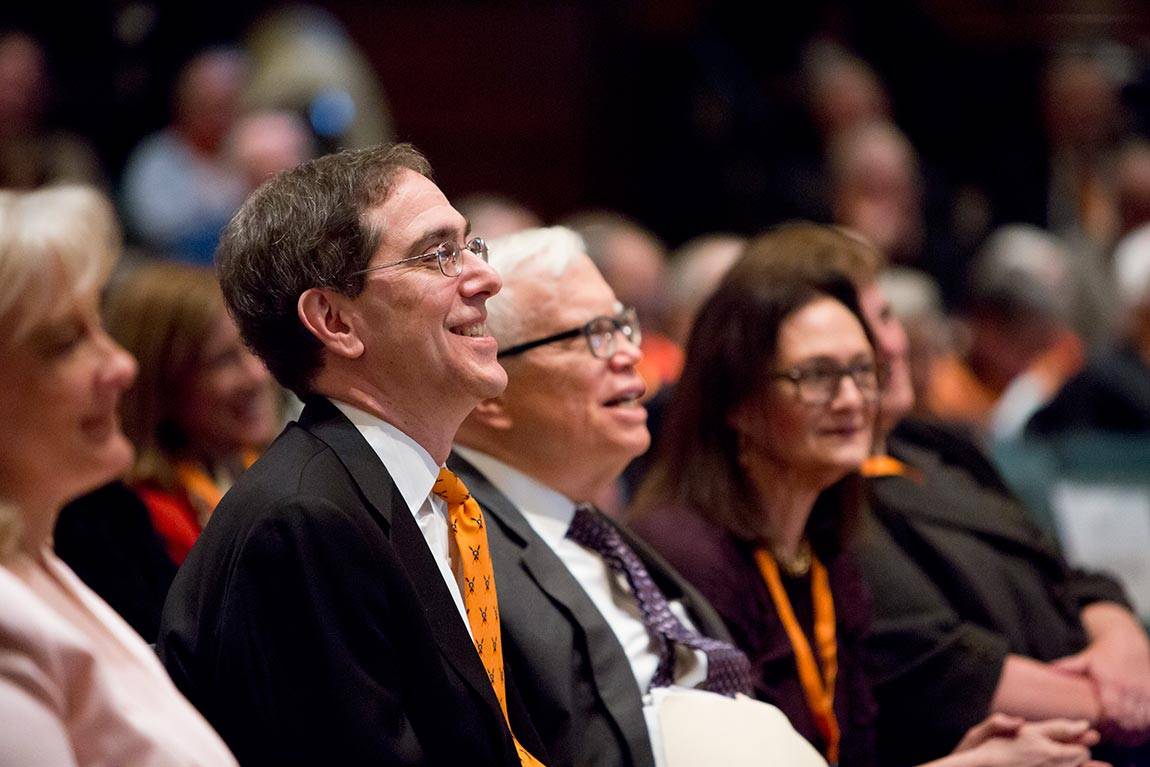 In a speech titled "Inequality, Social Mobility and Public Policy," Heckman began by looking back at his time at Princeton almost a half-century ago.

"My professional life was shaped by Princeton, and it's a privilege for me to receive an honor today from this place, which has already given me so much," Heckman said.

From his mentors and colleagues at Princeton, Heckman said, he learned the importance of working on important social questions such as the labor market, the economics of discrimination and the effects of civil rights laws.

The same period also saw revolutions in social policy that were part of the Great Society and War on Poverty programs that began in the 1960s, Heckman said. Just as important, there have been revolutions in the evaluations of those policies that have yielded lessons important today, he said.

"What we know now, which wasn't known by the Great Society architects in 1964, was not only can we improve skills … with appropriate interventions supplementing family life but we also learned that interventions at a somewhat later age were probably less effective than interventions at early ages," he said.

The long-term payoffs of interventions that target young children — such as the Head Start Program — come not in cognitive skills measured by things like IQ, but in crucial social and emotional skills, Heckman said.

"These programs, these types of interventions and this kind of understanding of a deeper skill base promotes self-control, the ability to regulate one's life and to engage in the larger society," he said.

Overall, Heckman said, the evidence points to the importance of early intervention for children and the need to look beyond cognitive skills to a range of skills that help improve opportunities for people to enhance their lives and advance in society.

"I think the dynamics of this have become better understood but we're still working to understand how a range of different skills — not just cognition, not just IQ but social skills, emotional skills and health — interact in a dynamic way and that the early years are the great targets of opportunity for building these skills," he said.

After his speech, Heckman answered questions about how to address continued poverty and lack of opportunities in places like the South Side of Chicago and what can be done to improve the life chances of children born to unmarried parents. 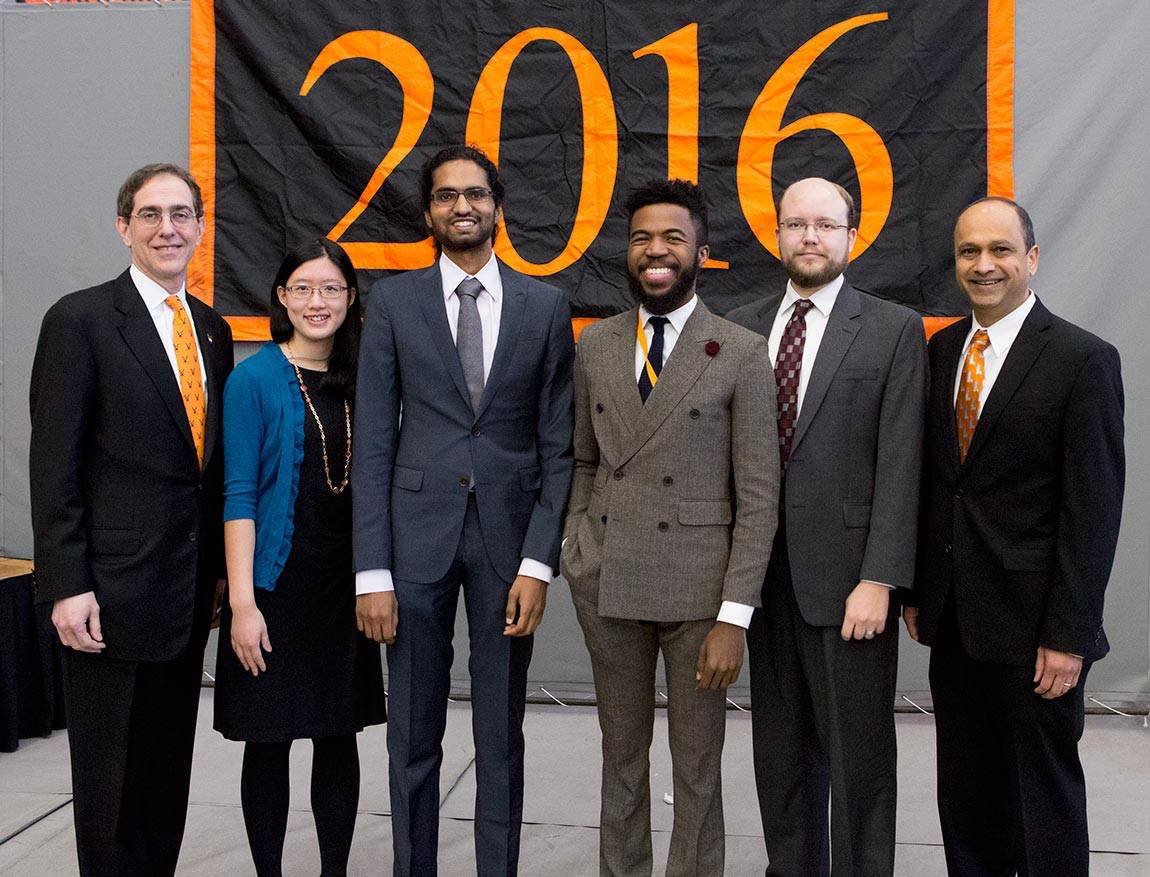 The winners of the top graduate student award, the Porter Ogden Jacobus Fellowship, stand with Eisgruber and Dean of the Graduate School Sanjeev Kulkarni (right) before the awards luncheon in Jadwin Gymnasium. From left are Carlee Joe-Wong, Rajesh Ranganath, Joshua Bennett and Kellen Funk.

Following their addresses, Heckman and Milley were honored at a luncheon in Jadwin Gymnasium along with student award winners. Seniors James Agolia and Andrew Nelson were co-winners of the Moses Taylor Pyne Honor Prize, the highest general distinction conferred on an undergraduate. The Porter Ogden Jacobus Fellowship, Princeton's top honor for graduate students, was given to Joshua Bennett, Kellen Funk, Carlee Joe-Wong and Rajesh Ranganath.

Activities for alumni and their guests were held across campus. Events included panel discussions and lectures by Princeton faculty and staff on topics including the media and the 2016 election, global health, and the Princeton Baby Lab, which studies how babies and young children learn to see, talk and understand the world. Dean of Admission Janet Rapelye and Jennifer Daniels, a 1993 Princeton graduate and chair of the Princeton Schools Committee, spoke on "Navigating the College Admissions Process" for students in grades 9-11 and their families. Other activities included a speed networking event, a chemistry demonstration, rock climbing and events for individual classes. 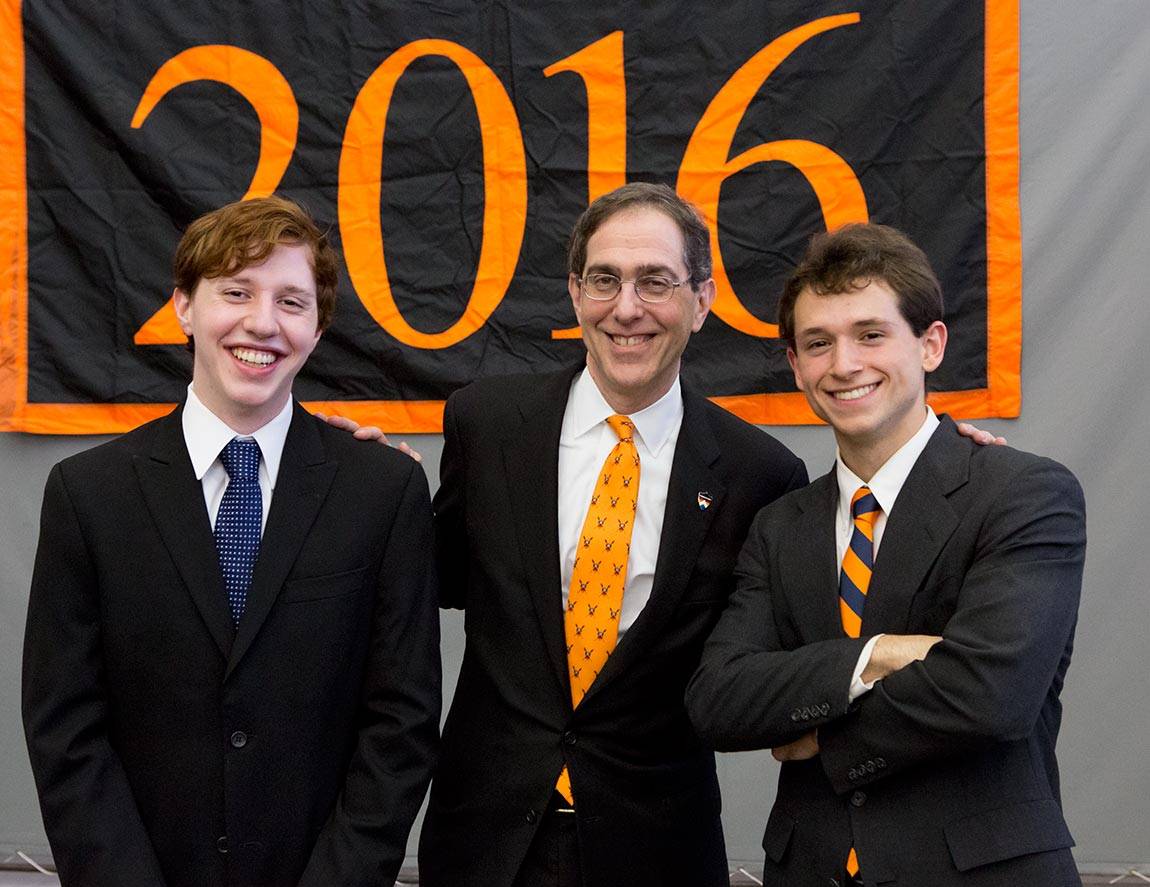 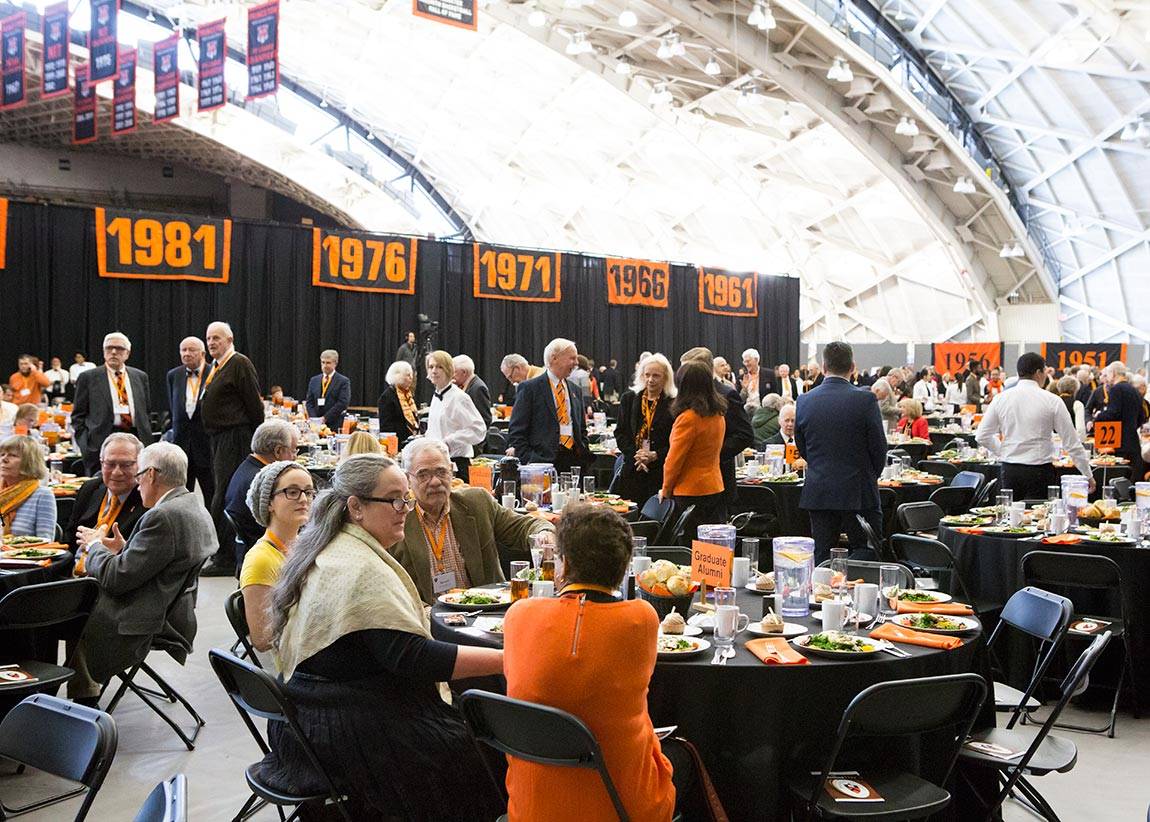 Alumni gather for a luncheon — with seating for 1,000 — at Jadwin Gymnasium that included presentation of alumni and student awards.