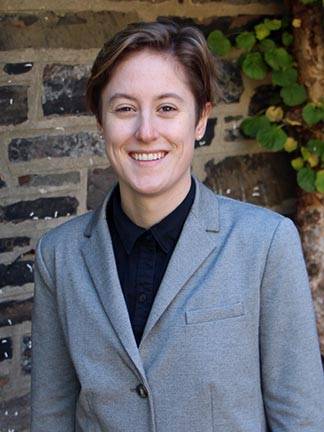 Princeton University senior Ellie Sell has been named a George J. Mitchell Scholar to study gender, sexuality and culture at University College Dublin. Twelve Mitchell Scholarships were awarded to students nationwide by the nonprofit U.S.-Ireland Alliance based in Washington, D.C.

A native of Tallahassee, Florida, Sell is a chemistry major who plans to pursue a medical degree. Sell hopes to use the time in Ireland to build an academic foundation in gender studies and queer theory that will be valuable as a physician and researcher.

"These fields have been and will continue to be invaluably important to the continued evolution of medicine in the United States," Sell said. "I hope to investigate the ways in which gender as a social construction shapes forces that influence not only patient outcomes but also how patients move through the health-care system. Having a background in gender, sexuality and culture will allow me to bring gender studies and queer theory into my medical career and future academic research."

The Mitchell Scholarships recognize outstanding academic distinction, leadership and service. Chosen from 323 applicants, the recipients will spend a year of postgraduate study at institutions of higher learning in Ireland.

"It would be hard to imagine a more exceptional undergraduate researcher and scholar than Ellie Sell has been," said John Groves, the Hugh Stott Taylor Chair of Chemistry. "Ellie is intent, confident and has unusually strong leadership qualities that show themselves through a strong will blended with a genuinely empathetic world outlook."

Sell has been a researcher in Groves' lab and also serves as a preceptor leading small-group discussions for students studying organic chemistry.

"The chemistry department has been the cornerstone of my Princeton experience," Sell said. "It is where I learned how to approach problem solving like a scientist, and I find the analytical and deductive skills that I have honed to be my greatest academic accomplishment at Princeton. I am sincerely grateful to the professors, students and administrators who have helped me so much in so many ways."

Sell has also engaged in a wide range of activities outside the classroom at Princeton.

"Working for Charlotte Collins in the Pace Center [for Civic Engagement] was an invaluable experience that gave me a place to think critically about how to prepare others to enter communities in reflective, sustainable and authentic ways," Sell said. "I am also eternally grateful to Outdoor Action for igniting my passion for backpacking early in my Princeton career."