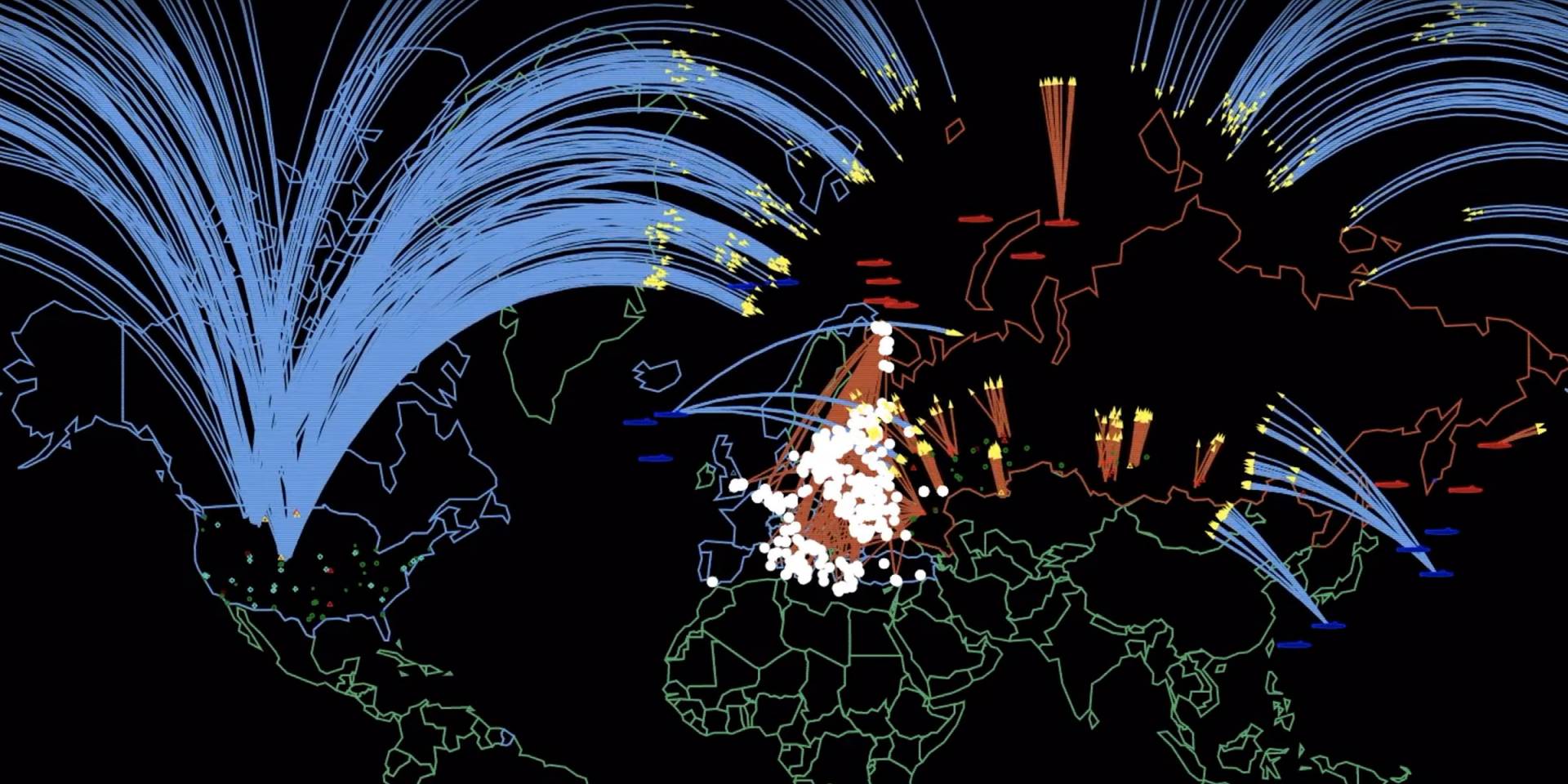 Video still of a simulation developed to depict nuclear war between the United States and Russia using realistic nuclear force postures, targets and fatality estimates. It is estimated that there would be more than 90 million people dead and injured within the first few hours of the conflict. View the video.

A group of Princeton University physicists has been awarded a two-year grant by the American Physical Society (APS) Innovation Fund to educate and re-engage the U.S. physics community on the globally important issue of the risk posed by nuclear weapons and the pressing need to reduce this threat.

At Princeton, the work will be led by:

The project will be co-led by Steve Fetter, a physicist and professor at the University of Maryland’s School of Public Policy and dean of the Graduate School.

The impulse for the effort is the grave and worsening global threat from nuclear weapons, according to the Princeton group. The world arsenal contains roughly 10,000 operational nuclear warheads, mostly held by the U.S and Russia. It includes about 2,000 warheads on alert status, capable of launch within minutes of an order. There are numerous new dangers such as U.S. withdrawal from several important arms control treaties, a buildup of offensive capabilities by Russia and China in response to the growth of U.S. ballistic-missile defense, and cyberthreats to nuclear command and control systems.

The key goal of the project — one of only four initiatives selected from 100 submissions to the APS Innovation Fund — is to build a coalition of technically trained and policy-driven citizen-scientists able to assess, explain and advocate for nuclear threat reduction with the public, policymakers and those who influence public policy, such as the media and key think-tank organizations.

More specifically, the project will develop materials to inform and engage the U.S. physics community through visits to physics institutions including universities, national labs, industry and APS conferences, and will include a special effort to broaden the participation of women and underrepresented minorities and next generation physicists in nuclear policy efforts. To benefit from a diverse set of perspectives and talents, the project will establish fellowships for early-career physicists, with a particular focus on diversity and inclusion of women and underrepresented minorities.

APS is a nonprofit membership organization representing more than 55,000 physicists in academia, national laboratories and industry in the United States and throughout the world. It works to advance and diffuse the knowledge of physics for the benefit of humanity, promote physics, and serve the broader physics community through its research journals, scientific meetings, and education, outreach, advocacy and international activities.