Senior Kirsten Traudt has been awarded the Keasbey Scholarship, which provides the opportunity to study at selected British universities.

Traudt, of Morristown, New Jersey, is a classics major and is also pursuing a certificate in humanistic studies. She will pursue an M.Phil. in Greek and Latin Languages and Literatures at the University of Oxford. 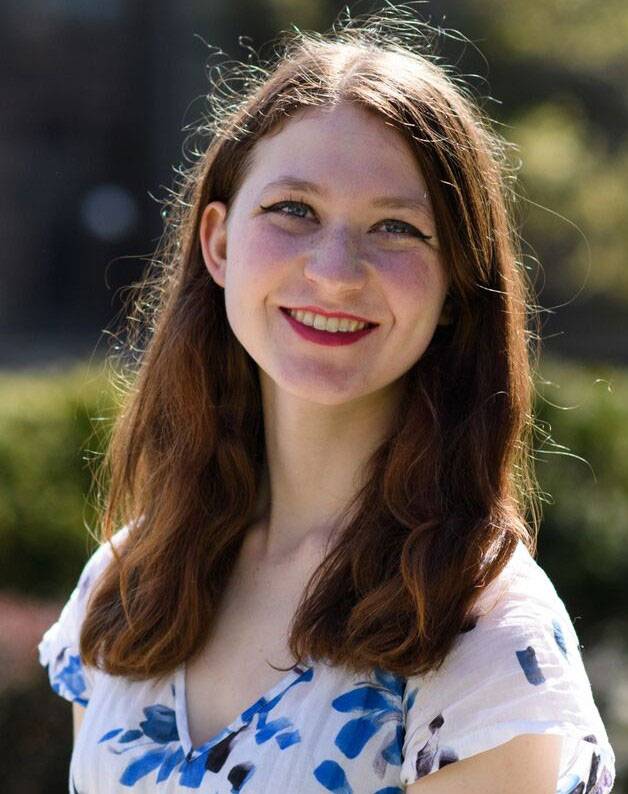 At Princeton, she received the Shapiro Prize for Academic Excellence after her sophomore year and the award for outstanding work by a junior in the Program in Creative Writing in 2019. Since spring 2018, she has been a member of the Behrman Undergraduate Society of Fellows, a group of juniors and seniors who are committed to the study of humanistic inquiry.

Traudt is a humanities mentor for undergraduate students enrolled in the year-long, team-taught Humanities Sequence, and a language tutor in Greek and Latin. She also studies French and Portuguese. She took a fall break trip to Athens in 2017, an opportunity offered to Humanities Sequence “alumni” the fall semester following the year they take the course.

Andrew Feldherr, professor of classics, supervised Traudt’s junior independent work, which focused on the depiction of slavery in the “Satires” of the Roman poet Horace. “What made [the paper] special and distinctive was that she combined an analysis of how the text represented slavery with reflection on the actual involvement of slavery in the production and distribution of literature in the Roman world,” said Feldherr, who also taught Traudt in two classes.

He added: “She combines the imagination and attentiveness of a good close reader with an ability to ask big and challenging questions about the place and function of literature in ancient societies. Not only in her written work, but in every dimension of her academic life, Kirsten models a commitment to aesthetic and intellectual experience, to humanistic inquiry as an end and not a means, and as itself the basis for community. And the need for such models has never been greater.”

Traudt said her senior thesis focuses “on the relationship between childhood and Roman slavery, looking across literary, religious, social and economic history to shed light on how slavery was conceptualized at a stage of life underexplored by scholars.”

She said she is excited by the opportunity “to take advantage of the wonderful resources for studying classics at Oxford and to live abroad for the first time.” She also has plenty of thanks for “the support of all of my family, friends and mentors over the years, and so I hope to also make them all proud!”

Traudt ultimately plans to pursue a Ph.D. and continue studying and teaching about ancient Greece and Rome, with the goal of “making the field more accessible for everyone,” she said.

Her interest in opening up the study of classics to diverse students was fostered in a  service project she developed at Princeton: a program to teach Latin to third graders in under-resourced local communities. Over two years, she met weekly with these students. “I used Latin to build bridges between English and Spanish, answered complex questions about marginalized communities in antiquity, and shared the myths that still inform how we think about the world today,” she said.

She is a member of Rockefeller College, where she is a residential college adviser. She served for one year on the Residential College Council.