Princeton seniors Audrey Berdahl-Baldwin, Duncan Hosie and Ryan Low have been named 2016 Marshall Scholars. The Marshall Scholarship covers the cost of graduate study and living at a British university of the recipient's choice for up to two years. Up to 40 scholars from American colleges are named annually.

Berdahl-Baldwin, a history major from St. Paul, Minnesota, plans to complete a master's degree in history at the University of Manchester and for her second year, an M.Sc. in comparative social policy at the University of Oxford. Hosie, a concentrator in the Woodrow Wilson School of Public and International Affairs from San Francisco, plans to complete an M.Sc. in public policy and administration and an M.Sc. in gender at the London School of Economics and Political Science (LSE). He will also lead an independent research project on LGBT youth homelessness. Low, a history major from Los Angeles, plans to pursue an M.Phil. in medieval history at University College London. 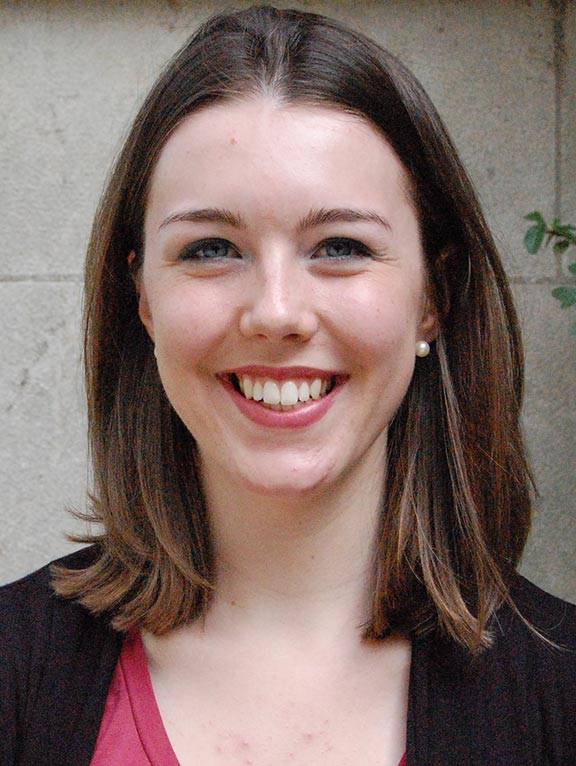 Berdahl-Baldwin received word of her award while returning to Princeton from her interview in Chicago. "I responded with a mixture of shock, gratitude and joy, and immediately called my family," she said.

In her application for the scholarship, Berdahl-Baldwin, who is also pursuing certificates in African American studies, American studies and urban studies, wrote, "I study history to understand and respond to contemporary injustice." In particular, she is interested in carceral reform and policy work.

"Since history has the power to humanize and contextualize, it can be used as a tool to shape our present," wrote Berdahl-Baldwin, whose concern for the plight of prisoners deepened during a University-sponsored trip her freshman year to examine the juvenile justice system in Texas. "I witnessed a 13-year-old African American boy shackled in chains in a Texas courtroom, alone and crying."

As a Marshall Scholarship recipient, she said she is looking forward to "the chance to study prison reform through a comparative lens, both historically and contemporarily."

"Audrey is a brilliant, tireless and resourceful researcher," said Alison Isenberg, professor of history, who met Berdahl-Baldwin when she took Isenberg's fall 2014 course, "Cities and Suburbs in American History." "She concerns herself with human problems of the past on their own terms, but she also plants attention firmly on current conditions."

On campus, Berdahl-Baldwin's leadership roles have centered on her commitment to social justice. In spring 2015, as part of Princeton's Task Force on Diversity, Equity and Inclusion, she served on the task force's Working Group for Academics and Awareness. Since her freshman year, she has served on the Pace Council for Civic Values, a student board that promotes a culture of active citizenship at Princeton. She has also participated in Princeton's Students for Education Reform, which focuses on the complexities of educational inequity in the United States.

In summer 2014, as the recipient of the Class of 1978 Summer Award, she held an internship at the Drug Policy Alliance's headquarters in New York. In summer 2015, she worked as a policy intern for the Poverty and Race Research Action Council in Washington, D.C., as part of the Princeton Internships in Civic Service Program.

Berdahl-Baldwin also has taken opportunities to travel while at Princeton. She has been to Greece, as part of the course "The Apostle Paul in Text and Context: His Letters, His Communities, and His Interpreters"; Cuba, as a member of a Princeton delegation organized by the Office of Religious Life, with support from the Fred Fox Fund; and Japan, for a Princeton Institute for International and Regional Studies Global Seminar "Vision and Insight in Classic Japan."

After her Marshall Scholarship, Berdahl-Baldwin plans to pursue a law degree and engage in advocacy and policy work at state and federal levels "to contribute to addressing social justice issues in the prison system," she said. 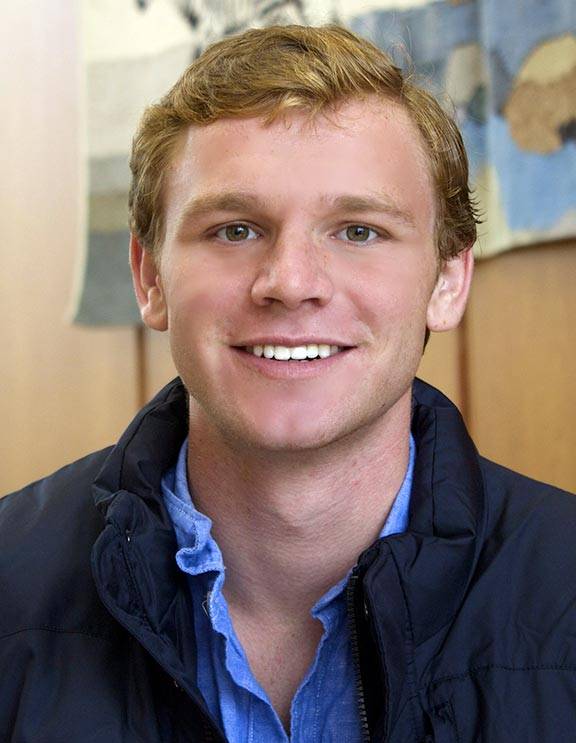 Hosie, who received significant media attention after questioning Supreme Court Associate Justice Antonin Scalia during a public visit to campus about anti-gay language in two of his past dissents, wrote in his application: "By standing up in protest, I realized that the ostensibly fixed parameters of our society (in this case, the legal discourse) were not so fixed after all. And I could play a role in shaping those parameters."

The Scalia event took place in the fall of Hosie's freshman year, when he was enrolled in then-Provost, now President, Christopher L. Eisgruber's freshman seminar "The Supreme Court and Constitutional Democracy." Eisgruber said: "Duncan's exchange with Justice Scalia required courage. But I want to emphasize that it also required special intellectual acuity. Duncan drew carefully on the language of opinions that we had read, and he spent considerable time drafting his question. Knowing what Supreme Court justices can and cannot say about controversial topics, he formulated a tough question that Justice Scalia could answer — and answer he did.  And when MSNBC put this college freshman on stage, Duncan did not simply show up — he performed with distinction.

"Duncan is a spectacular student," Eisgruber added. "He is not only super-smart but also good-natured, irrepressible, engaging, imaginative, respectful of his peers and always willing to deal constructively with disagreement and criticism."

Hosie said his studies in London will help prepare him for a career in public service. "Through my independent research at Princeton, I have primarily concentrated on the intersection of poverty policy and the rights of women, youth and LGBT people, and my LSE program is designed to complement and expand my study of these important areas."

Hosie received news of his scholarship with a phone call in the middle of an eight-mile run and immediately called classmate Molly Stoneman and his parents, he said.

On campus, Hosie's leadership roles have included serving as president and co-founder of the Princeton committee on bipartisanship; a member of the Woodrow Wilson School Student Advisory Committee, Princeton University Governance Committee, Princeton College Democrats, American Whig-Cliosophic Society (chair of the Speakers Council); and participant in the Princeton Debate Panel. In fall 2013, he participated in a Pace Center for Civic Engagement breakout program to Washington, D.C., focused on disability policy and debate.

His public service experience includes working in the electoral and the policy sector, including internships with Federal Magistrate Judge Cheryl Pollak, a 1975 alumna; Sen. Barbara Boxer; Rep. Lynn Woolsey; and Rep. Wendy Jaquet. He also has volunteered as an SAT tutor at Princeton Community House and as volunteer with Princeton Disability Awareness.

Outside the classroom, Hosie is a contributing blogger for The Huffington Post, and his writings have appeared in a variety of publications, including The Los Angeles Times and the Princeton Undergraduate Law Review. He won a Presidential Fellowship from the Center for the Study of the Presidency and Congress. He received a Liman Undergraduate Fellowship from Yale Law School and Princeton's Program in Law and Public Affairs for a research internship at the Center for Voting and Democracy, which focuses on legal aid programs and other legal initiatives that help low-income Americans gain access to justice.

After his Marshall Scholarship, Hosie intends to go to law school, work as a lawyer for underserved and marginalized Americans, and pursue policy work in Washington, D.C. 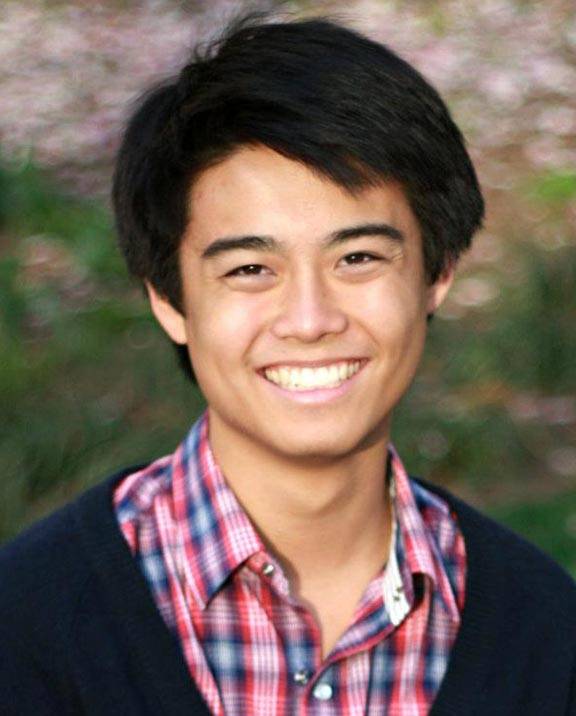 Low, who is also earning a certificate in medieval studies, participated in research trips to Vienna, Greece and Paris while at Princeton. He wrote in his application that his medieval studies "opened up an entire new world for me to explore, imagine and study." To deepen his engagement, he also learned Latin, German, French and modern Greek, while improving his Spanish. "Languages opened up new perspectives for me not only in terms of access to scholarship and primary sources, but also in terms of the interactions I was able to have with individuals at Princeton and abroad," he wrote.

He said he is particularly excited about "all of the new academic, social and cultural opportunities in London." He is also looking forward to learning more about British politics.

Low was walking into a precept for "History of the American West" taught by Professor of History Martha Sandweiss when he received the call notifying him of the scholarship. "My first reaction was to ask the person on the phone three times if I had actually got it — and then I called my mom," he said.

"Besides being remarkably intelligent, Ryan is affable, unpretentious, generous and graced with a delightful sense of humor — wonderful traits for any human being," said William Jordan, the Dayton-Stockton Professor of History and chair of the Department of History. "He represents Princeton at its best."

Low, who is also earning a certificate in medieval studies, is writing his senior thesis on urban jurisdictions in medieval Paris. "His preliminary research has been breathtaking and is already of a depth that is broadly comparable to that of some of our best graduate students," said Jordan, who is advising Low's thesis.

At Princeton, Low, a Mellon Mays Undergraduate Fellow, has been awarded the Carter Kim Combe '74 History Department Prize, the Department of German Book Award twice, and the Alberto Santos-Dumont Prize for Innovation. He spent two summers in Vienna to conduct research at the Austrian Academy of Science and the Institute for Medieval Research, in addition to research trips to Greece and Paris.

Following his Marshall Scholarship, Low plans to return to the United States to enter a J.D./Ph.D. program and pursue a career as a professor of legal history, while continuing his engagement in electoral politics.