In just six weeks, from March 19 to May 1, an international team of physicists and engineers led by Princeton’s Cristian Galbiati brought a ventilator from concept to FDA approval.

The U.S. Food and Drug Administration announced on Sunday, May 3, that the Mechanical Ventilator Milano (MVM) is safe for use in the United States under the FDA’s Emergency Use Authorization, which helps support public health during a crisis. 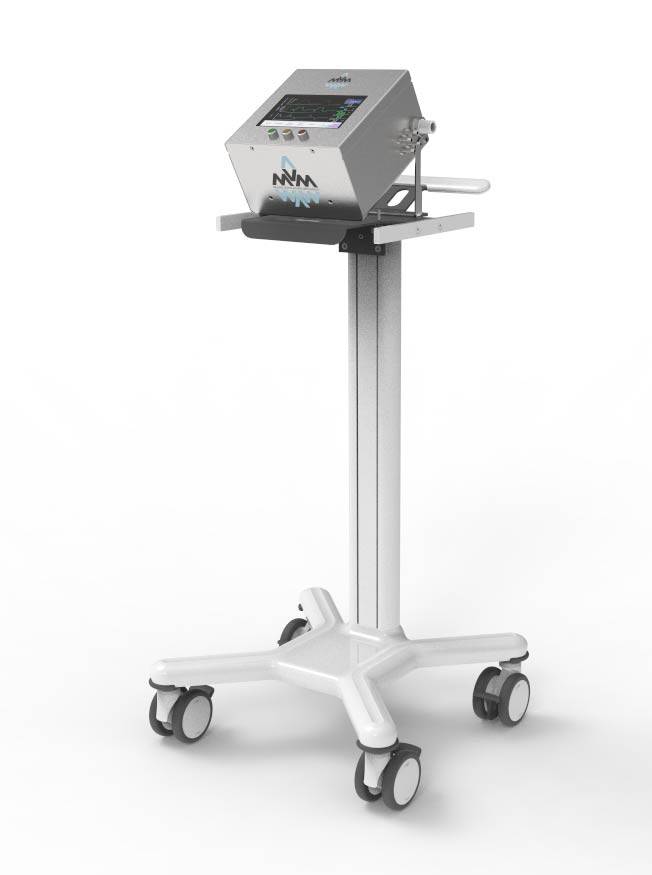 A massive international team led by Princeton’s Cristian Galbiati worked to design, test and finalize the Mechanical Ventilator Milano (MVM), a low-cost ventilator designed to ease device shortages caused by COVID-19. With FDA approval secured, production has begun and the first 20 ventilators are already on their way to hospitals. Full production starts next week, with an expected initial manufacturing rate of 50 ventilators per day.

This ventilator is the brainchild of Galbiati, a professor of physics at Princeton University who normally leads a dark matter experiment called DarkSide-20k. When under lockdown in Milan, a city hit hard by COVID-19, Galbiati heard of ventilator shortages and wanted to help.

“The sense of crisis was palpable,” said Galbiati. “It was clear that many patients would need respiratory assistance.”

“Princeton provided strong support for over 15 years for the DarkSide project, which aims to discover dark matter with an argon-based detector,” said Galbiati. “To that end, we had to tackle unique challenges, such as developing special techniques to extract isotopically depleted argon from mantle gas wells, and developing cryogenic distillation columns of several hundreds of meters of height to further purify the argon. All of this would not have been possible without Princeton’s support. Our scientific collaboration has grown to encompass nearly 400 scientists from 100 institutions, including many talented researchers with strong expertise and know-how in the field of technical gases. When the moment came, we were ready to pivot our attention to the problem of developing mechanical ventilators and to put to use in that context the collective talents of the collaboration."

Word spread quickly, with engineers and physicists in nine countries — especially Italy, the United States, and Canada — jumping in to help. Experts who typically spend their days building and running delicate detectors quickly applied their skills and volunteered their time to build a device for delicate lungs.

“There’s a huge benefit we’ve gained from the way particle physics collaborations work,” said Steve Brice, the head of the neutrino division at the Fermi National Accelerator Laboratory. “The structure already in place has large, international, multidisciplinary groups. We can re-task that structure to work on something different, and you can move much more quickly.”

The MVM is inspired by the Manley ventilator built in the 1960s. The design is simple, cheap, compact and requires only compressed oxygen (or medical air) and a source of electrical power to run. Mojtaba “Moji” Safabakhsh, head of the Fabrication group at the Princeton Plasma Physics Laboratory, was part of the initial team working seven days a week on the design. A mechanical engineer, he offered expertise in the design of several aspects of the device. Design variables include volume and pressure control — for example, when the system takes over breathing for the patient, what kind of valve to have, how the power supply works, and the software components.

“We had to see what kind of parts were available through the supply chain, what hardware we could get, and I gave my expertise on how these could work,” Safabakhsh said.  The design had to be simple and use readily available parts.

The modern twist to the classic Manley design comes from the electronics and the control system. “We’re concentrating on the software and letting the hardware be as minimal as it can be,” said Stephen Pordes, a member of DarkSide stationed at CERN, the European Organization for Nuclear Research.

The project has not been limited to dark matter researchers. While working through the prototypes, the team worked with doctors, medical device manufacturers and regulators to ensure they were making something valuable and easy to use for medical staff, with a robust supply chain, and which could be quickly produced. 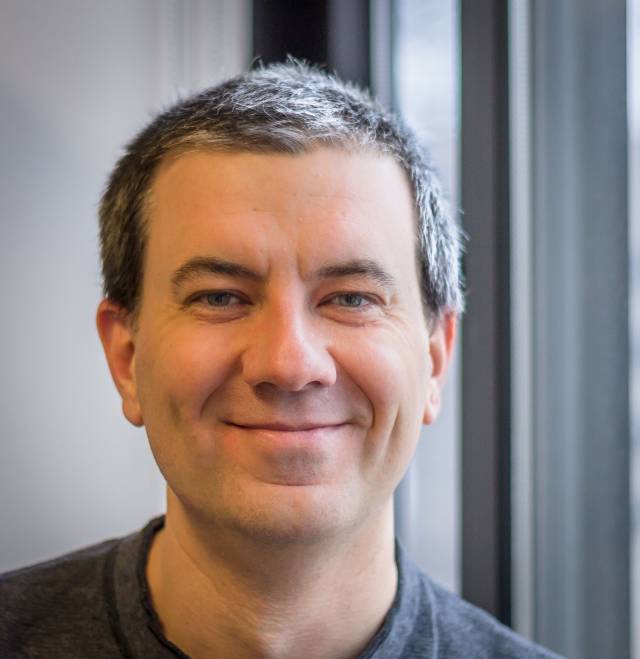 “One of the key problems was translating between what the machine technically does and how operators would interact with the machine itself,” said Elena Gramellini, an Italian neutrino physicist who liaised with doctors on the front lines in Italy.

Experts from industry and medicine made themselves readily available for consults; doctors tested the MVM prototypes on sophisticated breathing simulators. Anesthesiologists from the COVID-19 wards in Lombardy, one of the districts most severely hit by the pandemic, played a special role in providing detailed guidance for the design of the unit. With collaborators spread across 10 different time zones, work on various systems was able to proceed nearly around the clock, allowing MVM to progress from posting a preprint paper on March 23 to FDA approval on May 1.

“It’s in our DNA to collaborate across borders and in real time as particle physicists,” Galbiati said. “As borders went up and supply chains became more difficult, it remained a beacon of hope to me to be able to collaborate internationally. It is important to see that while the virus is spreading around the world at the speed of jets, the research is spreading at the speed of the internet. And if there’s one way that the virus will be defeated, it’s if the research can prevail.”

While physicists are used to collaborating from a distance, teleworking and social distancing added new complications. Researchers working from home didn’t have access to their labs — or all the parts they needed to test. Instead, they connected various components over the internet. So a microcontroller in Italy could connect and receive software written in the United States, then have someone test the interface on a touch screen in Canada.

By early April, completed prototype MVM units in temporary 3-D-printed cases were making their way through rigorous tests in Italy and with collaborators around the world — and they worked.

"This effort is the demonstration that the particle physics community pays attention to the application of basic research for social needs,” said Fernando Ferroni, a professor at Gran Sasso Science Institute and a former president of INFN, Italy’s National Institute for Nuclear Physics. “Having applied the efforts of hundreds of people in a very efficient fashion was possible because of the level of organization and shared vision of this community. It’s an amazing result, indeed.”

The end result is an open-source ventilator with off-the-shelf parts that the MVM team hopes will close the gap between supply and demand on a short timescale. The hardware and software designs will be made publicly accessible, so in principle, anyone in the world could make their own version. The modular design can also be adapted to swap out parts based on their availability in different regions of the world. In addition, the MVM is specifically targeted to COVID-19 patients, offering two key modes — full ventilation and gentler breathing support — available at the push of a single button. Most traditional ventilators require pressing half a dozen buttons or toggling between different operating modes to accomplish the same thing. Galbiati is now working with Elemaster and other manufacturers on producing ventilators and getting them where they are most needed.

“It has been wonderful to work with such a highly skilled and very motivated group of scientists and engineers,” said Arthur McDonald, the 2015 Nobel laureate in physics and the head of Canada’s involvement in MVM, who taught at Princeton in the 1980s. “Everyone has been working hard on this because they see it as a way that they can use their skills to help out in this worldwide crisis. We are very grateful for the contributions by our team members and for all the external support that we have received.”

“MVM is a new paradigm, and it shows the incredible impact that basic research can have on society, thanks to its unique capacity to generate new knowledge and technological innovation; it also highlights the importance of international and multidisciplinary collaboration to tackle the big challenges of this new era," said Galbiati. “Our Mechanical Ventilator Milan is now a reality, and we hope it will contribute to saving many lives."

Princeton collaborators on the MVM include Peter Elmer, a senior research physicist; Bert Harrop, a senior technician in physics and the Princeton Institute for the Science and Technology of Materials (PRISM); Andrea Ianni, a Borexino general engineer in Princeton’s physics department; David Lange, a computational physicist; Xinran Li, a physics graduate student; Daniel Marlow, Princeton’s Evans Crawford 1911 Professor of Physics; Javier Romualdez, a postdoctoral research fellow in physics; Mojtaba Safabakhsh, head of the fabrication group in the engineering and technical infrastructure at the Princeton Plasma Physics Lab; and Jeff Thompson, an assistant professor of electrical engineering who is associated faculty in PRISM.

[Editor's note: You can hear more from Cristian Galbiati on the June 29 episode of the "We Roar" podcast, available as audio or video with closed captions.]